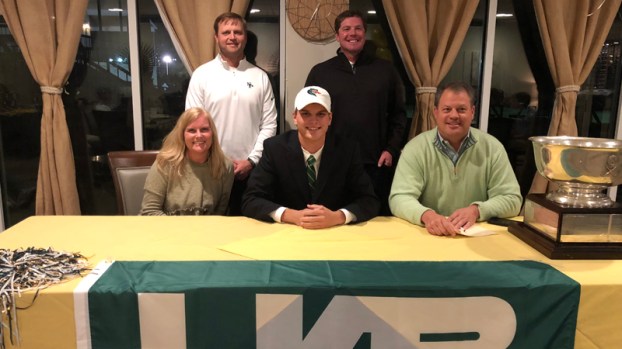 Hagood officially signed with UAB on Nov. 8 during a ceremony at the Hoover Country Club.

“They have a lot of local kids from Birmingham that play on the team, and I have a good relationship with some of those guys,” Hagood said about the decision to join UAB’s program. “I got an offer, and it wasn’t a hard decision. I took it right away, and I haven’t looked back.”

Hagood said he first committed to UAB in May.

Hagood has competed at the varsity level at Spain Park since his freshman year and was joined at the signing ceremony by SPHS coach Keat Litton.

“We have a really competitive team, so that’s been helpful,” Hagood said.

A highlight of Hagood’s high school career was winning the Southern Junior Championship at Willow Point Golf and Country Club in Alexander City in June.

Hagood finished with five consecutive birdies to compile an aggregate total of 208 with rounds of 66, 69 and 73 for an eight-under for the tournament.

Hagood said he thinks he needs to improve his putting to get to the next level as a golfer, but his driving has been a strength.

“I was able to put myself in a good position, and I think that’s what really helped me play so well,” he said.

By ALEC ETHEREDGE | Sports Editor TRUSSVILLE – For the second time in as many years, the Spain Park Lady Jags’... read more