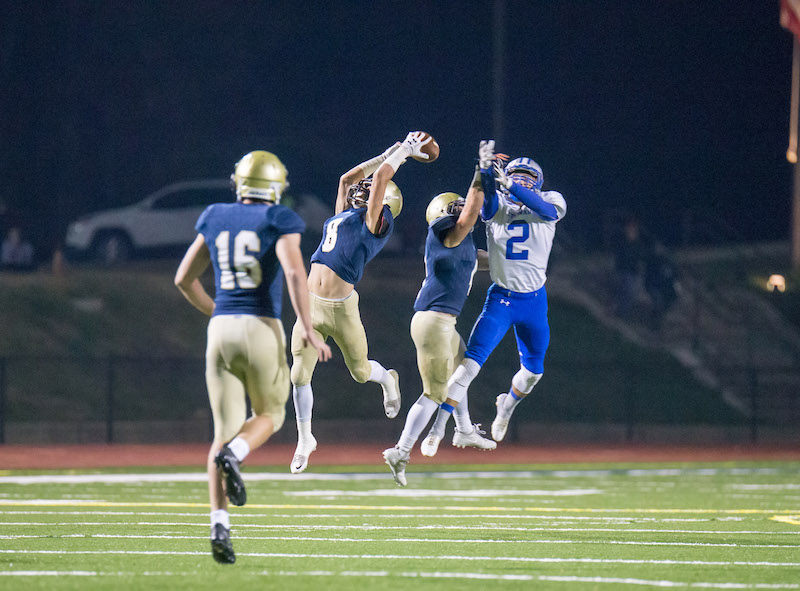 Briarwood picked up an easy 31-0 win over No. 5 Etowah tonight thanks to another strong defensive performance. The Lions advanced to a rematch wtih St. Clair County in next week's semifinal matchup. (For the Reporter/Brandon Sumrall)

NORHT SHELBY – The Semifinals of the AHSAA 5A State Football playoffs await the Briarwood Christian Lions after a 31-0 win on Friday night over the Etowah Blue Devils.

A quick three and out by the Etowah to start the game saw the
Blue Devils forced to punt deep inside their own territory that resulted in the Lions taking over at the Blue Devils twenty-five.

A pair of scoreless possessions by both teams set the Lions up
with their third possession of the night at their own 23-yard line where a 12-yard pass from Hiers to Tran-Reno along with a 42-yard pass to Carson Eddy moved the Lions down inside the Etowah red zone. 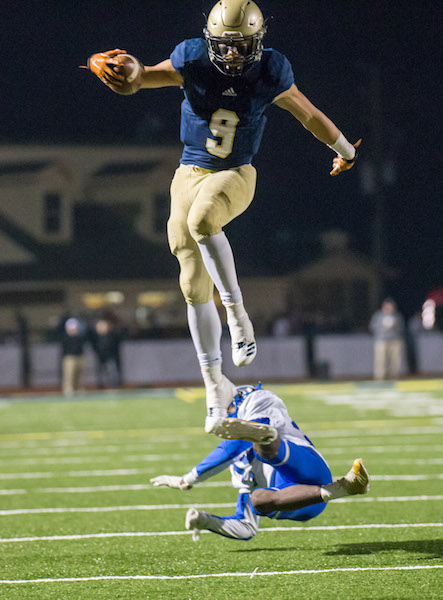 Three plays later and the Lions would be forced in to a 13-yard field goal that would sale through the uprights off the foot of Noah Nall to give Briarwood a 10-0 lead with 1:47remaining in the first quarter.

The ensuing Blue Devil possession ended on an interception by
Briarwood’s Carson Eddy that set the Lions up at the 41-yard line of Etowah. A 23- yard reception by Eddy moved the Lions down inside the red zone where on first down at the 18, Luke Prewett went in for the second Briarwood touchdown of the night to give the Lions a 17-0 lead.

With the Lions taking a 17-0 lead to the halftime break, the Briarwood
defense continued to stifle the Etowah offense in the early
minutes of the second half as the Blue Devils first possession resulted in another three and out.

The third quarter was a defensive strong hold for both teams as
neither managed points during the quarter, but with just eight
seconds off the clock in the fourth the Lions punched in another
touchdown run as Eddy went in from 6 yards out to give Briarwood
a 24-0 lead.

A fourth-and-twenty punt from its own 34-yard line by Etowah set the Lions up at their own 36-yard line with 10:11 to play in the game. A big play on second and nine at their own 37-yard line saw Hiers connect with Eddy for 38 yards to move the Lions down to the Blue Devil 25 where Tran Reno capped the drive off with a 25-yard touchdown run that brought the game to its final score of 31-0.

Hiers finished the game with 182 yards on 8 of 14 passing with one
touchdown. Tran-Reno led the Lions ground game with 37 yards on nine carries with one touchdown. Eddy posted 111 yards on just five catches and a touchdown .

With the win, Briarwood will square off with St. Clair County in the semifinals, who the Lions beat in dominating fashion 31-6 back on Oct. 6.