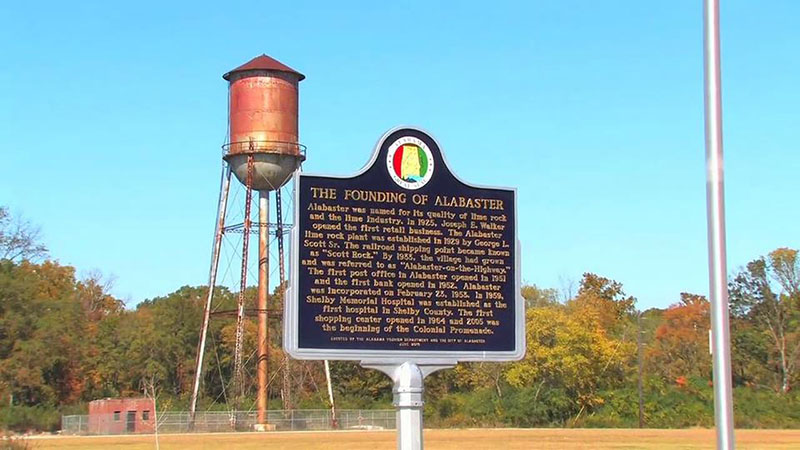 The city of Alabaster is using local funding and Alabama Bicentennial grants to renovate the area surrounding the historic water tower and jail cell on the site of the former Siluria cotton mill. (Contributed)

ALABASTER – The city of Alabaster is seeking volunteers who are interested in having a say in how the city celebrates Alabama’s 200th birthday, and is looking to make upgrades to the area through a grant awarded through the program.

The city’s Alabama Bicentennial committee recently held its inaugural meeting, and will have another meeting in early 2018.

Alabama began its three-year bicentennial celebration this year, as the Alabama territory was formed from the eastern half of the Mississippi territory on March 3, 1817. Within three years, the Alabama territory had reached the minimum number of inhabitants required by the U.S. Congress to qualify for statehood, and Alabama became the 22nd state on Dec. 14, 1819.

Over the next several months, the committee will work to decide how Alabaster will ring in the state’s 200th birthday.

The committee has already applied for and was awarded a grant, which it will use to landscape and beautify the area surrounding the historic Siluria mill water tower and jail building near Alabaster City Hall and the Alabaster Senior Center.

During a recent meeting at Alabaster City Hall, the committee began considering the city’s theme for the state bicentennial celebration, and began working to secure sponsors to help offset the cost of the city’s celebration.

The committee will not meet in December due to the Christmas and New Year’s Day holidays, but will resume meeting in early 2018.

Anyone interested in becoming involved in the committee should contact committee member Karen Fillingim at 664-6831 or kfillingim@cityofalabaster.com.