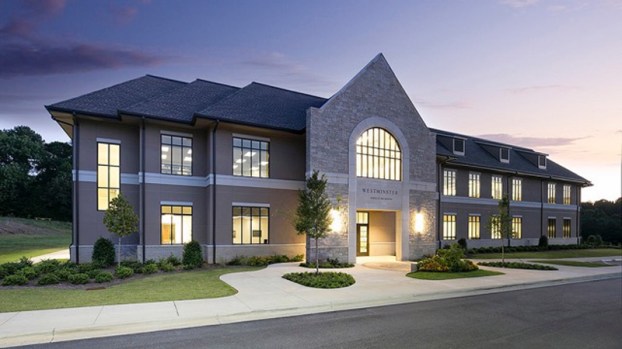 Westminster School at Oak Mountain named Brad Baggett as its new head of school for the 2018-19 school year. (CONTRIBUTED)

NORTH SHELBY – Brad Baggett has accepted an offer to assume the role of head of school at Westminster School at Oak Mountain.

Baggett is currently the head of school at The Covenant School, a classical Christian School, in Kingwood, Texas, where he has served for the past 10 years.

During Baggett’s tenure as head of school, Covenant has experienced unprecedented growth in enrollment. He has overseen the purchase of 31 acres of land for a future campus and has spearheaded the most successful capital campaign in the school’s history, raising more than $6.5 million in cash and commitments since 2014.

The board at The Covenant School released a statement about Baggett: “For nearly 10 years as head of school, Brad’s vision, tireless dedication and integrity has allowed Covenant to grow and develop while remaining true to our principles and mission. The school has flourished during this period, and we are grateful for his leadership. A few of the many accomplishments during Brad’s tenure include unprecedented growth in enrollment, the rebranding from NCA to Covenant, and the design and operation of the most successful capital campaign in our school’s history. Brad directed the campus expansion into the Upper School Campus and the acquisition of 31 acres for future growth. His fingerprint will forever be on our school’s history, and as a result, Covenant is well positioned to continue to grow, flourish and achieve our strategic goals.”

Prior to serving as head of school at Covenant, Baggett was the founding pastor-teacher of Grace Reformed Baptist Church in Kingwood, Texas, where he served for 10 years.

Baggett also worked as a management consultant at Booz Allen Hamilton, in McLean, Virginia, working onsite with Department of Defense and commercial clients throughout the United States, England, and South Korea.

Baggett graduated from The United States Military Academy at West Point, with a bachelor of science degree in operations research and received his master of divinity with biblical languages from Southwestern Baptist Theological Seminary, J. Dalton Havard School of Theological Studies.

Baggett and his wife Kimberly have been married for 17 years and have six children.

“Throughout the entire search process, I was struck by the sense of genuine community at Westminster and the commitment of the board of trustees and faculty to ensure that every student is both known and pursued for the sake of the gospel of Christ,” Baggett said about why he was drawn to the position at Westminster. “Kimberly and I are sincerely humbled and honored to be a part of the Westminster School community as we partner together to raise up a generation of young men and women who are uniquely equipped with the ability and courage to influence the ideas of our day in a manner that is not simply eloquent but also distinctly biblical.”

ALABASTER – Students, faculty and PTO members at Kingwood Christian School are asking everyone in the Alabaster community to celebrate... read more