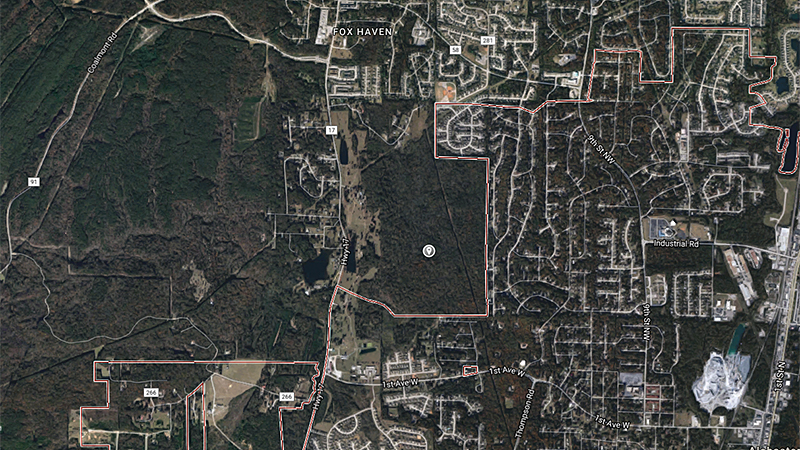 ALABASTER – The Alabaster City Council has paved the way for 13 new home lots to be developed off Arrow Drive after it approved a prezoning and an annexation request tied to the development during a Nov. 27 meeting.

Council members voted unanimously during the meeting to prezone a portion of about 65 acres north of Arrow Drive as R-1 residential and voted unanimously to annex the property, which was in unincorporated Shelby County, into the city.

R-1 residential zoning calls for 20,000-square-foot minimum lots, but developer Jason Spinks said he is planning to construct estate-sized homes on the property with lots averaging 150 feet wide and 2 acres. Spinks said the homes likely will start in the upper $300,000.

During the Nov. 27 meeting and public hearing, the City Council only dealt with the 13 lots off Arrow Drive.

The council’s vote came after a public hearing on the matter, during which two Arrow Drive residents – Ryan Richardson and Ernie Green – spoke against the development. Both men said they were concerned about increased traffic and the potential environmental impact the development could bring.

Council members said as with any developer, Spinks will be held to strict guidelines by the city’s Planning and Zoning Department as he moves forward with building the 13 houses.