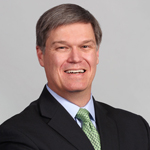 Knighton will assume the role on Dec. 18, according to information released by Brocato.

“Greg is a highly-experienced professional and is currently vice president of the Economic Development Partnership of Alabama, where he has served since 1994,” Brocato said. “He is responsible for EDPA’s Business Information Division and works on recruitment, retention, marketing and community development initiatives. Greg has been on the project team for major economic development projects in Alabama, including Airbus, Honda and ThyssenKrupp Steel, among many others.”

He serves on the Executive Committee of the Economic Development Association of Alabama and is a member of the International Economic Development Council. He has also been a featured guest speaker at numerous conferences, meetings, civic and leadership groups with presentations on a wide range of economic development issues.

“Greg and his family are long-time Hoover residents, and he has been active and held leadership roles in community organizations in our city,” Brocato said. “I am extremely confident in Greg’s ability to build a strong economic development program, and I welcome him to our team.”