COLUMBIANA – An Alabaster man was recently arrested and charged with assault in the second degree and driving under the influence of alcohol.

Enrique Hernandez-Cardenas, 28, who lists an address on Mission Hills Road, was arrested and charged with driving under the influence and assault by the Alabaster Police Department on Friday, Nov. 24. 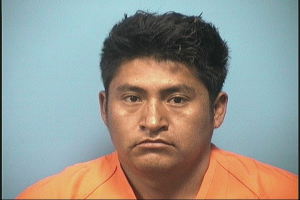 Hernandez-Cardenas’s arrest warrants allege that he caused physical injury to a police officer by assaulting him with a 2000 Chevy Silverado Pickup Truck on Nov. 24. He allegedly had a blood alcohol content of 0.150 at the time.

Second-degree assault is a Class C felony, which is punishable by up to a decade in prison. Hernandez-Cardenas could also owe up to $15,000 upon conviction.