COLUMBIANA – A Chelsea man was recently arrested and charged with domestic violence in the first degree after he allegedly shot someone on Nov. 22.

Timothy Kelly McAbee, 32, who lists an address on Hodges Drive, was taken into custody by the Shelby County Sheriff’s Office on the same day the incident occurred. McAbee’s warrants allege that he caused serious physical injury to a victim with a pistol. 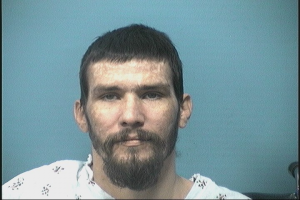 The warrant and a press release from the SCSO identified the victim as McAbee’s 56-year-old parent. The SCSO press release stated that deputies responded to the incident at 12:52 p.m. and discovered the victim suffering from a non-life-threatening gunshot wound. The victim was transported by ambulance to a nearby hospital.

Domestic violence in the first degree is a Class A felony. McAbee could face up to life in prison if he is convicted.

As of Wednesday, Nov. 29, McAbee was being held at the Shelby County Jail on bonds totaling $15,000. His case was assigned to Shelby County District Court Judge Daniel A. Crowson, and a preliminary hearing has been scheduled for 8:30 a.m. on Dec. 21.