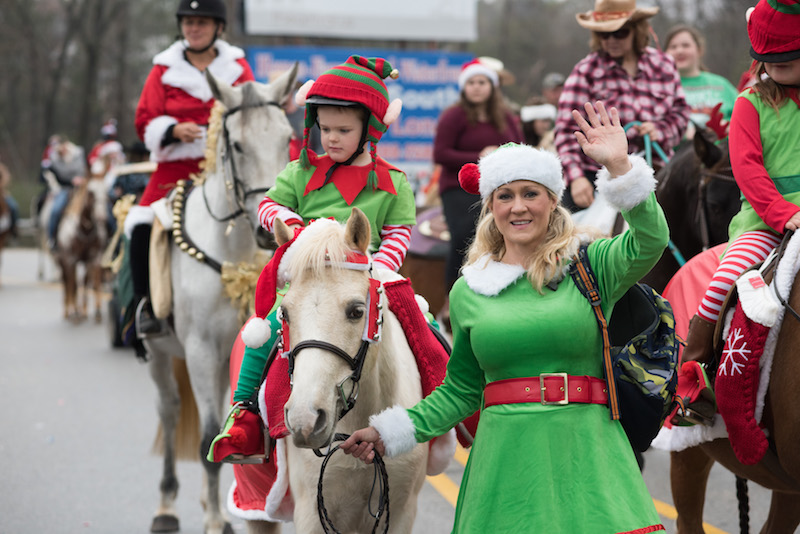 CHELSEA – The city of Chelsea is gearing up to celebrate the holidays with its 18th annual Christmas Parade and second Christmas Open House on the morning and afternoon of Saturday, Dec. 16. Mayor Tony Picklesimer said the parade will give residents a chance to celebrate the season together.

“It’s small town America at its best,” Picklesimer said. ” It’s an opportunity for our citizens to come out and interact. It’s also a highlight for all the children, and there are a lot of children in Chelsea.”

The parade will start from the Earl S. Niven Community Center and Chelsea Middle school at 10 a.m and end at the Winn-Dixie.

“I think, behind the scenes alone, we have about 300 people,” Picklesimer said.

Immediately following the parade will be the city’s second annual Christmas Open House, which will be held at the Community Center. During the event, Picklesimer said kids will be able to get photos taken with Santa and Mrs. Claus, meet their favorite characters from “Frozen,” get their faces painted by “glitter fairies,” play on a bouncy house and enjoy other surprises.

After the first Christmas Open House event proved to be successful last year, Picklesimer said the city decided to make it an annual tradition.

“It had such a great turnout,” Picklesimer said. “We felt that it was a very successful event, and we couldn’t wait to plan it again.”

More information about the city’s Christmas Parade and Christmas Open House can be found online at Cityofchelsea.com.

While residents are out watching the parade, they will have a chance to get some shopping done at the Chelsea Christmas Village Arts and Crafts Show, which will feature local food trucks and vendors. The event is held by the Yellowleaf Ridge Estates Homeowners’ Association as a fundraiser for the neighborhood’s Dogwood Creek Park.

The HOA is currently looking for vendors, and anyone interested in participating can find out more at Yellowleafhoa.com.