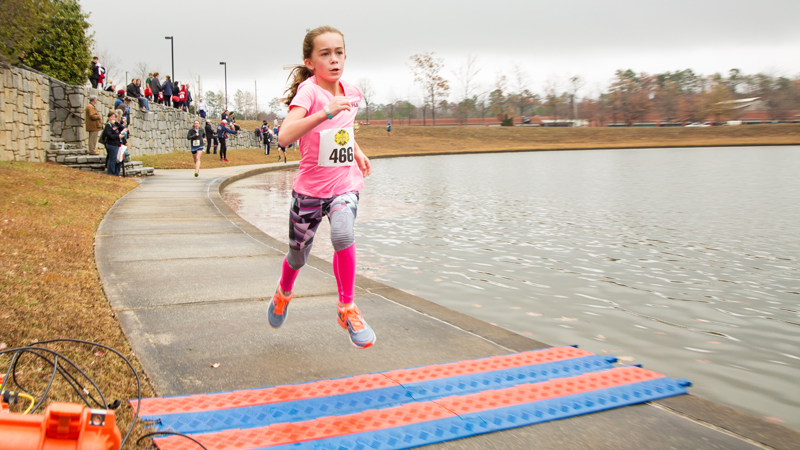 The 24th Annual Meadow Brook Runs will be held on Saturday, Dec. 15. (FILE)

HOOVER – The patriotic and holiday themes will continue at the 23rd annual Meadow Brook Runs.

The event, which has become a favorite of runners because of the large number of prizes from sponsors and other attractions, will be held on Saturday, Dec. 16, with USAmeriBank off U.S. 280 (1100 Corporate Parkway, Birmingham) again serving as race headquarters.

Walkers and pets on a leash are welcome.

There will be signs and course monitors keeping runners on the route, Cosby said.

The entry fee is a voluntary tax-deductible contribution to “The Jesus Video Project of Alabama,” a non-profit organization dedicated to “sharing the good news.”

A $15-$25 minimum donation is suggested, and a T-shirt is guaranteed for all who register by Dec. 8.

Pre-registration can be completed by visiting MeadowBrookRuns.org then clicking on the “CLICK TO REGISTER” link in the upper left corner of the page.

Late registration can be completed on race day, but no T-shirt is guaranteed and participants would need to bring cash or checks.

The event will include many attractions, including a World War I Centennial Remembrance.

The Hoover Fire Department will also use a ladder truck to display a Ceremonial Garrison Flag, and the Blue Star Salute Foundation Inc. of Alabama will present the Faces of the Price of Freedom exhibit, which features pictures of the 218 military personnel from Alabama who died since the 9/11 terror attacks.

Each participant will receive a bag filled with items donated by sponsors, and there will also be a drawing for other prizes.

Prizes to be awarded during the drawing include: a stay at Aloft Birmingham SOHO, admission to the Honda Indy Gran Prix at Barber Motorsports, admission to the Regions Tradition at Greystone Country Club, admission to the Southeastern Conference Baseball Tournament, gift cards to local restaurants, Santa Fe Day Spa Swedish Massage and many more.

“I try to make it so attractive that people can’t afford to stay home,” Cosby said.