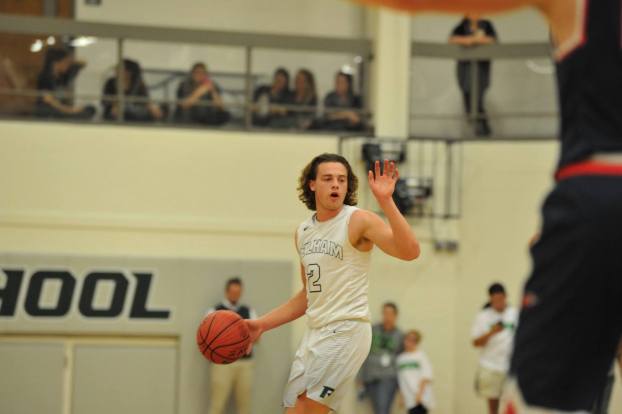 Justin Allison had 32 points in a 66-55 win over Spain park, which led Pelham to its fourth win of the basketball season. (File)

HOOVER – The Pelham Panthers bounced back from a tough road loss to Mortimer Jordan earlier in the week with a solid effort on Friday, Dec. 1, to take down county foe Spain Park by a final of 66-55.

As has been the case all year, Justin Allison and Chris Brown led the way offensively for Pelham (4-3), but it came on the shoulders of arguably Allison’s best performance of the season.

Several times in 2016, Allison was able to score 30-plus points with the absence of Alex Reese due to injury and he did just that in this win posting 32 total points for the Panthers.

While he normally knocks down multiple 3-pointers a game to accumulate most of his points, he did so on Dec. 1 without making a single three. Instead, he made 13 2-point baskets and six of his eight free throws.

He got off to the hot start in the first quarter, by making three shots from the field and hitting all three of his free throws for nine opening-quarter points.

Allison’s nine along with six from Brown and three combined points from Jacob Shumate and Grayson Dill led to a 19-point first quarter.

For the Jaguars (2-6), Parker Boswell posted eight points in the opening period, but the Jags were only able to add three more to that total as Pelham took a 19-11 lead at the end of one.

The second quarter was a much more defensive battle between the two teams as they combined for just 16 points in the period.

Pelham remained the stronger of the two posting 11 points to Spain Park’s five as the Panthers really stepped up on the defensive end of the court. Pelham limited the Jags to just 16 points in the first half, which to them taking a 30-16 lead at the break.

“We got off to a good start defensively and that is really the key for us right now,” Pelham head coach Joel Floyd said after the game. “We have to find a way to get consecutive defensive stops and that’s something we need to build on this next week.”

The second half was a bit different on the defensive end as Spain park came out firing on all cylinders.

It was in large part due to Boswell in the third quarter as he posted nine more points. The rest of the team combined for nine as well to give the Jags their best quarter up to that point with 18 points.

Spain park had cut the Pelham lead to 11 at 45-34 heading to the fourth quarter.

In the final period, the two teams combined for 42 points in an offensive onslaught, but it came due to each team scoring 21, which didn’t benefit the Jaguars.

Pelham was able to shoot 9-14 from the free throw line down the stretch, which preserved the 66-55 win.

Allison added five rebounds, two assists and two steals in the win. Brown ended the night with 19 points and 13 rebounds for a double-double performance.

Spain Park was led by Boswell with 23 points, which is one of his best offensive performances this season. Matt Pickard added 10 points for an additional double-figure scorer.

Emerging from the fog: Briarwood advances to state title in wild win

By SETH HAGAN | For the Reporter  NORTH SHELBY – There was something magical hanging in the air over Briarwood... read more