COLUMBIANA – A Selma man was recently booked into the Shelby County Jail on bonds totaling $250,000 after he was arrested and charged with attempting to traffic marijuana on Friday, Dec. 1.

Travis Terrell Wright, 34, who lists an address on Sixth Avenue, was arrested by the Shelby County Drug Enforcement Task Force. According to his warrants, Wright was arrested after he attempted to sell between 2.2 and 100 pounds of marijuana at the McDonald’s located on South Colonial Drive in Alabaster. 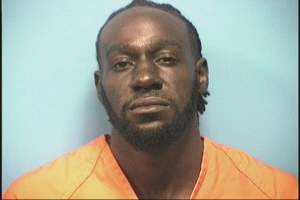 Attempting to traffic marijuana is a Class A felony, which could result in up to life in prison according to the Code of Alabama.

Wright bonded out of jail on Monday, Nov. 5. His case was assigned to Shelby County District Court Judge Daniel A. Crowson Jr., and his preliminary hearing is scheduled for 8:30 a.m. on Jan. 10, 2018.