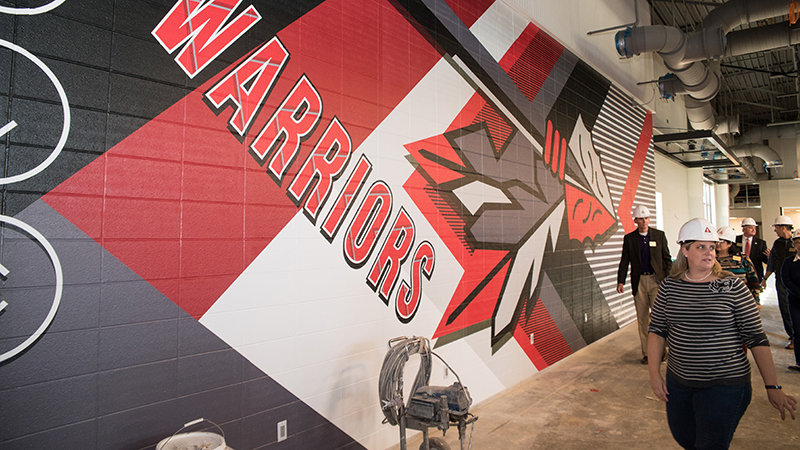 A state building inspector will determine over the next few weeks if he will issue a certificate of occupancy for Alabaster's new high school building to allow the school system to move into the building over the Christmas break. (File)

ALABASTER – A state building inspector will determine by Dec. 22 if he will issue a certificate of occupancy to allow the Alabaster City School System to move into the city’s new high school building over the Christmas break, the project’s manager told Board of Education members during a Dec. 11 meeting.

“We had the inspector out today. We had a few things that went well and a few things that didn’t go so well,” project manager Jonathan Grammer with Volkert told School Board members, noting the inspector will continue to evaluate the building over the next two weeks. “This week and next week, we will work to correct the things we didn’t get right today.”

Alabaster School Superintendent Dr. Wayne Vickers said having the building ready for students when they return from the Christmas break on Jan. 4 hinges on the state’s certificate of occupancy.

“No matter what we want to do, we cannot occupy until we get that certificate of occupancy, and so we are working diligently toward that goal,” Vickers said during the meeting.

The Dec. 11 meeting came a few weeks after Grammer and representatives from the project’s construction subcontractors said they were working as quickly as possible to ensure the new school’s main building hits the Jan. 4 target opening date.

Grammer said the performing arts auditorium, indoor arena and sports facilities will not be completed by January, but said construction workers will enter the campus from the Kent Dairy Road entrance, will use a separate parking area and will be segregated from the students until those areas are completed.

During a Nov. 13 meeting, the School Board voted to award a $67,500 bid from the Lambert Transfer and Storage company to move items from the old school to the new one while students are out for the Christmas break later this month.