COLUMBIANA – A Birmingham man was arrested and charged with sexual abuse of an underage victim on Thursday, Dec. 14.

Robert Benjamin Reid, 27, who lists an address on Macalpine Circle, was arrested by the Shelby County Sheriff’s Office. Reid’s arrest warrant alleges that he subjected a child younger than 12 years old to sexual contact on Sept. 30. 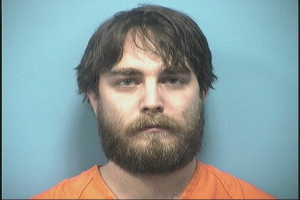 Sexual abuse of a child younger than 12 is a Class B felony. Reid could face between two and 20 years and owe up to $15,000 in fines upon conviction.

Reid was released from the Shelby County Jail on bonds totaling $15,000 on Friday, Dec. 15, one day after his arrest. Reid’s case was assigned to Shelby County District Court Judge Daniel A. Crowson Jr., and he is set to appear in court on Feb. 2, 2018.