COLUMBIANA – Authorities recently arrested a Chelsea man on multiple theft-related charges after he allegedly stole more than $8,000 currency from two victims in the Birmingham area.

Phillip Ray Padgett, 51, who lists an address on Shelby County 39, was arrested by the Shelby County Sheriff’s Office on Thursday, Dec. 14. He was charged with theft in the first degree, theft in the second degree and home repair fraud. 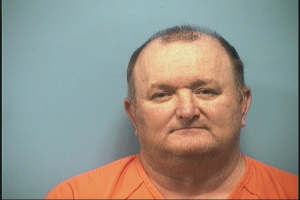 According to court documents, Padgett was charged with first-degree theft after he allegedly stole $6,000 in June. His second-degree theft and home repair fraud charges stem from an incident on April 21, when Padget allegedly entered into an agreement or contract to perform repairs at a house on Brook Highland Circle in Birmingham and “used or employed any deception, false pretenses or false promises” to solicit $2,325 from a victim to remove rodents from the residence and repair damage.

First-degree theft is a Class B felony. If convicted, Padgett could face between two and 20 years in prison and owe $15,000 in fines. Second-degree theft and home repair fraud are both Class C felonies, which can carry a maximum prison sentence of 10 years.

Padgett was released from the Shelby County Jail on bonds totaling $20,000 on the day he was arrested. His case was assigned to Shelby County District Court Judge Daniel A. Crowson Jr. and he is set to appear in court for a preliminary hearing on Jan. 10, 2018.

Man gets more than 10 years for selling cocaine

By NEAL WAGNER / Managing Editor COLUMBIANA – A 32-year-old Alabaster man will spend more than 10 years in prison, after... read more