PELHAM – Pelham High School 10th grader Gavin Taylor was recently selected to be a part of the All-State Jazz Band, an elite band reserved for the best high school musicians in the state. 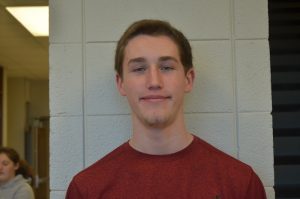 Organized by the Alabama Bandmasters Association, 21 students from throughout the state were chosen to participate in the gold All-State Jazz Band. After submitting video auditions, Taylor said the association places students in one of three bands: bronze, silver or gold, with the gold band being the most advanced.

Taylor will play the drum set in the band. In January, the band will meet at the Birmingham-Jefferson Convention Complex for a few days of rehearsal and then there will be a concert featuring the bronze, silver, gold and middle school bands.

“It’s all very exciting for me,” Taylor said. “It was kind of a last-minute idea to audition, so I was hoping for the best but expecting the worst.”

This year marks Taylor’s second year auditioning and being placed in the gold All-State Jazz Band. As a ninth-grader, Taylor played the trombone in the gold band.

“I love playing music and it’s something that is just a really cool experience,” he said. “It’s something I’ll look back on and be glad that I did it. I worked hard for it and I’m really glad that I am where I am.”

“Last year it was quite an accomplishment for him to do it as a ninth grader and to comeback for the second year on a different instrument is just tremendous,” Ward said. “It’s very rare to have a student make the top All-State Jazz Band twice on different instruments. There’s a lot of competition for those spots.”

Taylor is the only PHS student to be placed in the gold band. Ward also said Taylor prepared for the audition on his own.

“I basically gave him the music and said, ‘Here you go, let me know if you need help,’” Ward said. “He’s a good student and it’s been such a pleasure to teach a student with such great talent.”

Taylor also has leadership roles within the PHS band. He is the drumline section leader for the marching band, principal percussionist in the wind ensemble and the drum set player in the PHS jazz band.