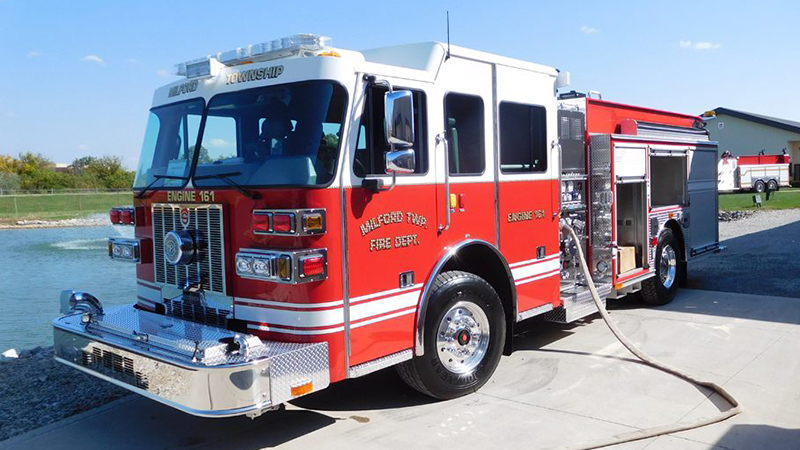 ALABASTER – The Alabaster Fire Department will get a new heavy duty pumper truck in mid-2018, after the City Council voted during a recent meeting to approve a three-year lease for the truck.

City Council members voted unanimously in late November to approve the three-year lease of a new Sutphen Heavy Duty Custom Pumper Truck for the AFD at a cost not to exceed $496,025 “plus any associated costs for leasing the equipment.”

Alabaster Fire Chief Jim Golden said the new truck will replace aging AFD equipment and likely will be delivered by mid-summer of 2018.

“This is the equipment we feel will service the department and the community the best,” Golden told council members.

The truck and the equipment was bid on the Houston-Galveston Area Council bid list, of which the city of Alabaster is a member. Alabaster Mayor Marty Handlon said the AFD was looking to order the truck before the end of 2017 to take advantage of a 20-percent savings on the item.

Before the lease is finalized, it will be brought before the council at a future meeting for final approval.