COLUMBIANA – A Chelsea man was recently indicted on one charge of attempted murder after a shooting incident that took place at a local residence in January.

Court documents allege that Hollis Jerry Lang, 74, who lists an address on Shelby County 36, used a rifle to shoot his victim in the face, hands and torso “with the intent to commit the crime of murder” on the 4000 block of Shelby County 36 on Jan. 6. The Shelby County Sheriff’s Office reported that the victim is a relative of Lang’s. 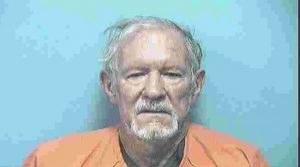 He was arrested by the SCSO shortly after the incident. The victim survived the shooting, but was seriously injured and transported to a nearby hospital.

Lang was held in the Shelby County Jail until Jan. 8, when he was released on bonds totaling $30,000.

Attempted murder is a Class A felony. If convicted, Lang could be sentenced to life in prison. Lang’s case was bound over to a grand jury in October and was assigned to Shelby County Circuit Court Judge William H. Bostick III. His arraignment is scheduled for 8:30 a.m. on Feb. 5, 2018.

Trial set for man accused of dealing drugs to kids

By NEAL WAGNER / Managing Editor COLUMBIANA – A 31-year-old Montevallo man who is facing allegations he attempted to... read more