If adopted, the state reforms project to reduce the state’s out-of-home juvenile population by 45 percent from projected levels by 2023, freeing more than $34 million in state funds over five years for reinvestment into local programs in the community. The Task Force’s recommendations will provide a foundation for legislation that will be considered during the 2018 session.

“These data-driven recommendations will equip local communities with the resources needed to protect public safety and improve our juvenile justice system,” Fridy said. “By redirecting state dollars into community-based programs that keep families together and are shown to work, we can ensure that we are using taxpayer dollars to get stronger results.”

After months of data analysis, stakeholder outreach, and policy assessment, the Task Force found that lower-level youth make up the majority of the juvenile justice population, and that two-thirds of youth in the custody of the Department of Youth Services are committed for non-felonies. It also found that judges and juvenile probation officers lack access to evidence-based services that hold youth accountable and strengthen families in their own communities; and, DYS out-of-home placements cost taxpayers as much as $161,694 per youth per year despite research showing poor public safety returns, especially for lower-level youth.

In addition to Sen. Ward and Rep. Fridy, the Task Force includes: 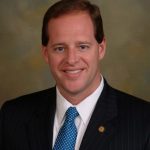