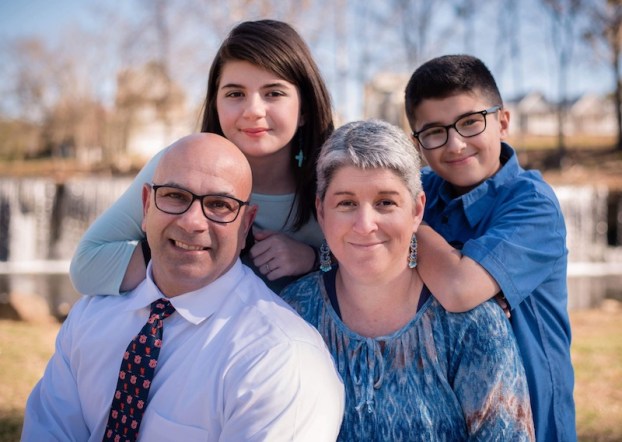 The family of Kaitlyn Weaver (top left), who has been diagnosed with multiple chronic conditions, is spreading awareness about grants from UHCCF and similar organizations that they rely on to cover the rising cost of medical care. (Contributed)

ALABASTER – Visits to the doctor’s office or the hospital are commonplace for the Weaver family of Alabaster. The family’s 11-year-old daughter, Kaitlyn, has undergone multiple surgeries, doctor’s visits, hospital stays and physical therapy sessions after she was diagnosed with almost 10 chronic conditions.

“She’s a very strong girl, but she’s been through a lot,” Kaitlyn’s mother, Michelle Weaver, said. “We’ve been through 14 surgeries within the last five years and we’re not done yet.”

In order to help cover the mountain of hospital bills piling up, Weaver said she sought out grants from organizations like the United Healthcare Children’s Foundation.

“I actually started researching as soon as my daughter was diagnosed with the first four chronic conditions. Today, we’re up to eight. There’s no way any insurance is going to cover the costs of all of that.” Weaver said. “They’re not the only grant program, but they’ve been a huge help. Until you have a child with special needs, you have no idea how much that costs.”

According to Michelle Weaver, the grants the family receives from UHCCF go toward Kaitlyn’s physical therapy sessions, which prevent Kaitlyn from being wheelchair bound and allow her to attend Thompson Intermediate School.

According to Weaver, Alabama is not among the 19 states that offer insurance waivers for disabilities. While she has contacted multiple state lawmakers, Weaver said she has been told that nothing can be done to change things.

“We’re having to fight for these medications,” Weaver said.

Through her experiences with finding healthcare for Kaitlyn, Weaver said she’s met other families in similar situations and is trying to spread the word about programs like UHCCF.

“We have about seven other families in the Alabaster, Pelham and Helena community with similar problems,” Weaver said. “This needs to be something that gets more publicity.”

“There needs to be more awareness about programs like this, especially when our healthcare is changing from day to day,” Weaver continued. “There are things that were covered last year that we were told would not be covered this year.”

She also said she would like to see more local healthcare professionals educated on the subject and she is pushing for information to be accessible at doctor’s offices.

Vice President of Sales Nelson Rains said UHCCF sells a variety of gift items, including books, cards, games and drawstring backpacks, that make good holiday and birthday gifts. Several of these items are designed or created by kids and all of the proceeds feed into the grants.

“We would love the support for our foundation, and we appreciate you going out and purchasing them,” Rains said.

Rains said information about grant applications can be found at Uhccf.org. He encouraged anyone struggling to cover healthcare costs to apply. Each application is reviewed by a board comprised of local doctors, lawyers, educators and business leaders.

“We are looking to help thousands more children,” Rains said.