The Shelby County Sheriff’s Office is searching for a local teenager who was recently reported missing.

According to a news release from the Shelby County Sheriff’s Office, 17-year-old Joseph Lee Hendricks was reported missing by his father on Wednesday, Dec. 13. 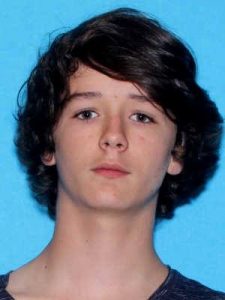 He is described as having brown hair and blue eyes, standing 6 feet and 2 inches tall and weighing 140 pounds. He also has a tattoo of the initials “ML” on his right forearm.

A public Facebook post written by his mother, Brook Hendricks, identified him as living in the Eagle Point neighborhood. Brook Hendricks said his last known location was local. According to the SCSO, he does not have access to a vehicle.

“He is not dangerous at all, but he will most likely run if he knows the police or Robbie (his father) and I are called,” Brook Hendricks wrote.

The SCSO is encouraging anyone with information on Joseph Hendricks’s whereabouts to call the SCSO at 669-4181 or call 911 so a deputy can immediately follow up on the tip.