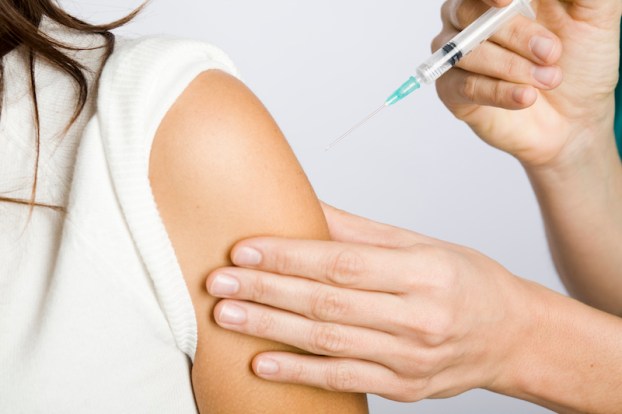 Healthcare professionals from around the state are urging residents six months and older to get vaccinated as flu season arrives. (File)

According to a report from the Alabama Department of Public Health, doctors are seeing a rise in flu activity across the state. A press release from the ADPH stated that doctors are reporting that 3.59 percent of outpatient visits in December were caused by the flu or flu-like illnesses.

“This is concerning because influenza can be a serious disease for anyone, even children, pregnant women and previously healthy young adults,” ADPH District Medical Officer Karen Landers said.

The rise in positive test results and flu symptoms mark the beginning of flu season in the county and the state for Debbie Stanford, a physician at It’s About Time Urgent Care in Helena.

“In Alabama, flu season usually doesn’t get cranked up until December,” Stanford said. “In the past few weeks, the tests that have come back positive for the flu have taken a leap and our patient intake has jumped up.”

So far, Stanford has not seen a large increase in flu activity from last year’s flu season, However, after checking reports from the U.S. Center for Disease Control, she expects that a lot of residents will come down with the illness

“They’re expecting this to be a particularly severe year,” Stanford said.

While flu symptoms typically have to be severe to be admitted to the emergency room, Shelby Baptist Medical Center ER Physician Heinz Dueffer said he has noticed an increase in hospitalizations due to flu-related symptoms. He said people with heart disease and lung conditions need to be especially careful during flu season.

“We’ve had more hospitalizations, but not a lot,” Dueffer said. “People who are older or who have asthma are the ones we’re keeping in the hospital.”

The ADPH recommended that everyone 6 months and older receive a flu vaccine annually in order to prevent the spread of the illness. Vaccines are available at physicians’ offices and pharmacists.

People are especially urged to request the “quadrivalent vaccine,” because it is the only vaccine that protects against TypeB/Yamagata, which is in circulation throughout Alabama, along with three other strains. Vaccines are available at physicians’ offices and pharmacists. According to Stanford, those who have had the flu this year should get the vaccine anyway.

“Even if you’ve already had the flu, you’re not immune to other strains,” Stanford said.

Clinic Supervisor Mandy Seale said the Shelby County Health Department has already run out of flu vaccines and will restock next year.

“We started administering them at around September, and we ran out of them a few weeks ago,” Seale said.

“Technically, you’re supposed to get your flu shot in September or October. When you wait until the last minute, you’ve already been exposed and there’s not much you can do,” Seale said. “I always recommend a flu vaccine as soon as it comes out.”

Stanford said it is currently not too late to get a vaccine, and urged everyone to get one as soon as possible.

“Now is the ideal time to get it, because we’re about to hit our busiest part of the flu season,” Stanford said.

Residents are also encouraged to help reduce or prevent the flu from spreading by staying at home when sick, covering the mouth and nose when sneezing or coughing and frequently washing hands.

“The main thing is just not going out when you’re sick,” Seale said. “We want people to stay home or go to the doctor.”

While many people will be out partying and drinking on to celebrate the new year, Bradford Health Services is working... read more