Trial reset for man accused of preying on child

COLUMBIANA – The trial for a 57-year-old Florida man who is facing charges alleging he lured an underage victim into local hotels to trade sexual favors for drugs and cash is set to begin in early 2018 after it was delayed from its original November date. 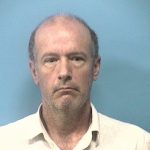 John Stanford Miller, who lists an address on 12th Street in Shalimar, Florida, originally was set to stand trial on Nov. 13, but is now set to stand trial beginning on Monday, Feb. 12, 2018, according to a scheduling order filed in Shelby County Circuit Court on Dec. 18. He will appear in court for a plea date on Tuesday, Jan. 30, 2018.

Miller’s most serious charges – distributing drugs to a minor – are Class A felonies, and carry a maximum penalty of life in prison upon conviction.

Local authorities arrested Miller on Sept. 25, 2010, and charged him with the gamut of offenses, and he was released from the Shelby County Jail on bond on Oct. 12, 2010. A Shelby County grand jury indicted Miller on the charges in June 2011.

According to his indictments, Miller victimized an underage male victim over a multiple-year period.

During the summer of 2008, Miller allegedly enticed the victim, who was between the ages of 12 and 16, to a hotel in Pelham, where he allegedly engaged in sexual contact and deviate sexual intercourse with the victim in exchange for providing the victim with marijuana and cash.

Miller then allegedly enticed the same victim to an Alabaster hotel in April 2010, where he allegedly committed offenses similar to the 2008 incident.