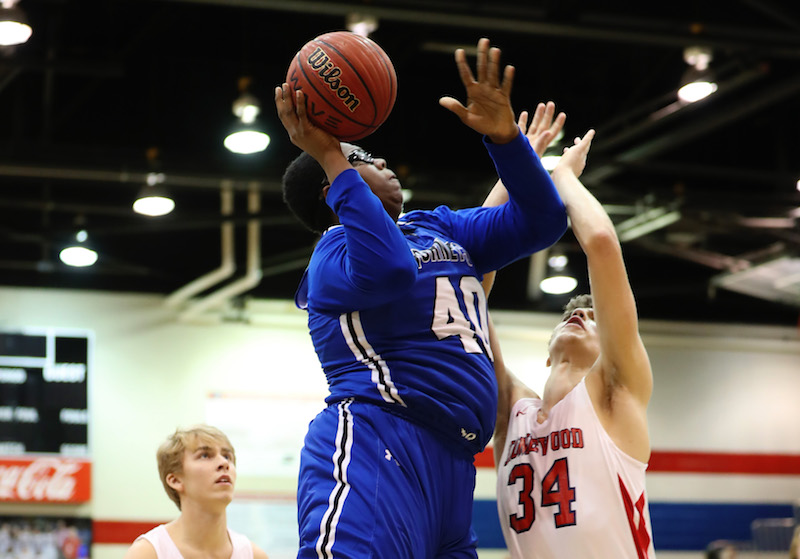 Daniel Washington, above, had a game-high 15 points in Chelsea's opening-round win over Hancock (MS) in the UMS-Wright Holiday Tournament. (For the Reporter/Cari Dean)

MOBILE – The last three times Chelsea had hit the hardwood, the Hornets ended up on the wrong side of the outcome losing three straight games.

Just over a week after their last loss to Columbia, Chelsea was back in action at the UMS-Wright Holiday tournament in Mobile on Wednesday, Dec. 27, and had a nice response for that last than stellar performance.

The Hornets were able to pick up a dominant 25-point win over Hancock (MS) High School in the first round by a final score of 58-33.

From the tip it was all Chelsea as they put up 21 first-quarter points on the offensive end, while limiting Hancock to just eight points due to a strong defensive effort.

The Hornets have been all about balance this season and that trend continued in the opening quarter of this game as seven different players found the scoring column.

In the second quarter, Chelsea continued to play hard on the defensive end of the court, limiting Hancock to just six points in the period.

The strong effort of limiting Hancock to single digits in both quarters led to an insurmountable 35-14 lead at the half for the Hornets.

Coming out of the break, that dominance continued. Daniel Washington was a big reason why in the third quarter as he scored 10 of his game-high 15 points in the frame.

His dominance along with the continued pressure and tempo on both ends of the floor led to a 31-point lead for Chelsea and a running clock heading to the fourth quarter.

The game became a bit more slow paced in the final quarter despite the running clock as Chelsea just tried to maintain its lead. They were able to do just that and move back above .500 on the season at 7-6.