COLUMBIANA – The date for a trial has been set for Columbiana man who was charged of two counts of rape in the first degree and one count of possession of a controlled substance. 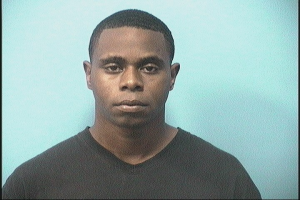 Washington was initially arrested and charged with possession of a controlled substance by the Columbiana Police Department on Oct. 21, 2015. He later received three first-degree rape charges from the Shelby County Sheriff’s Office two days later. However, one of the rape charges was no-billed by a grand jury.

Court documents allege that Washington was discovered in possession of alprazolam on Mildred Street in Columbiana on Oct. 21, 2015. His two first-degree rape charges stem from incidents on Dec. 1, 2012, when he allegedly “engaged in sexual intercourse with a member of the opposite sex by forcible compulsion.”

First-degree rape is a Class A felony. If convicted, Washington could face life in prison. Possession of a controlled substance is a Class C felony, which can carry a prison sentence of up to 10 years.