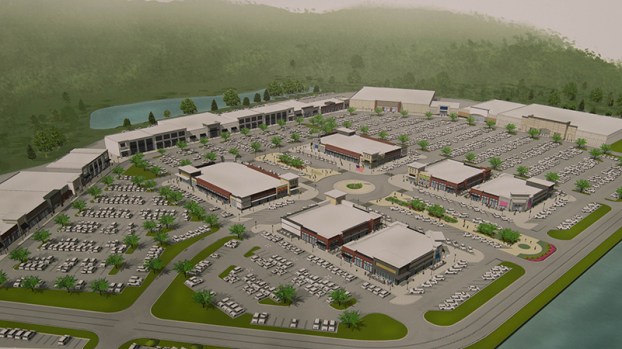 ALABASTER – The Alabaster City Council will hold a public hearing in mid-February to gather input on a request to rezone about 75 acres off U.S. 31 to allow a developer to construct the new District 31 shopping center, council members announced during a Dec. 28 meeting.

Council members voted unanimously during the meeting to set the public hearing for their Monday, Feb. 12, 2018, meeting, which will begin at 7 p.m. at Alabaster City Hall. After the public hearing, the council likely will vote on the rezoning the same night.

During the hearing, the council will take public comment for a request from the Alumni Properties company to rezone about 75 acres across I-65 from the Propst Promenade shopping center from a residential zoning to a mixed-use zoning to allow for the more-than-350,000-square-foot District 31 shopping center.

The city’s Planning and Zoning Commission voted in November to recommend the rezoning to the City Council. According to Planning and Zoning documents, the developer is shooting to begin construction on phase one of the shopping center in spring or summer 2018.

Once I-65 is widened between exit 242 in Pelham and 238 in Alabaster, upgrades will be made at exit 238 to allow traffic to travel directly from the interstate into the shopping center.

By GRAHAM BROOKS / Staff Writer HELENA–After voting on several nominations, The Helena Beautification Board is excited to announce the... read more