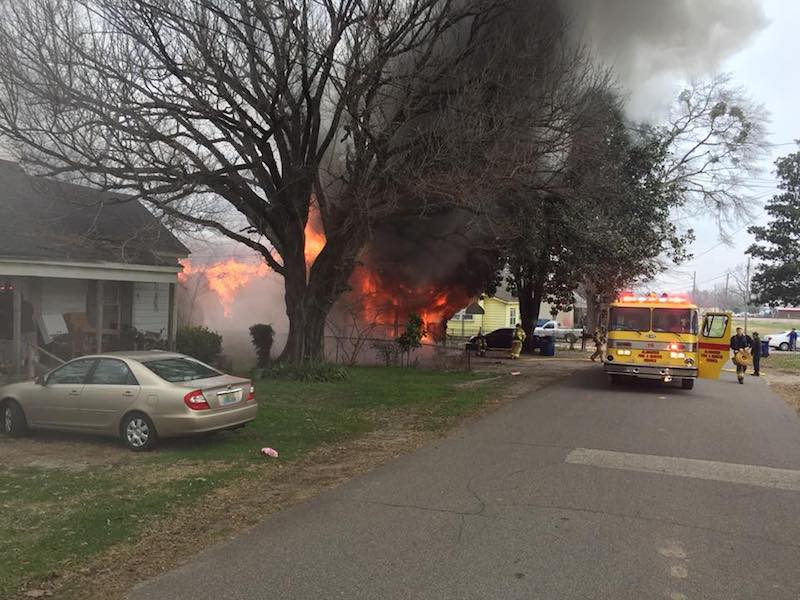 After a house fire on Dec. 31 rendered an Alabaster family's house uninhabitable, AFD battalion chief Phillip Reid said members of the community are helping the family by offering a place to stay, clothes and toiletries. (Contributed)

ALABASTER – The Alabaster Fire Department recently responded to a structure fire off of Alabama 119 in the Siluria area. According to battalion chief Phillip Reid, the AFD arrived on the scene of the blaze at about 10 a.m. on Sunday, Dec. 31, 2017.

Reid said the cause of the fire is currently unknown and under investigation. Arson is not suspected.

AFD firefighters were able to safely evacuate two people who were at the residence, but the fire rendered the house uninhabitable.

“I would consider it a total loss,” Reid said.

After word spread about the displaced family’s situation, Reid said members of the community and members of their church stepped up to help the family get back on their feet.

“They’ve been taken care of, as far as having a place to stay and having clothes and all of that,” Reid said.