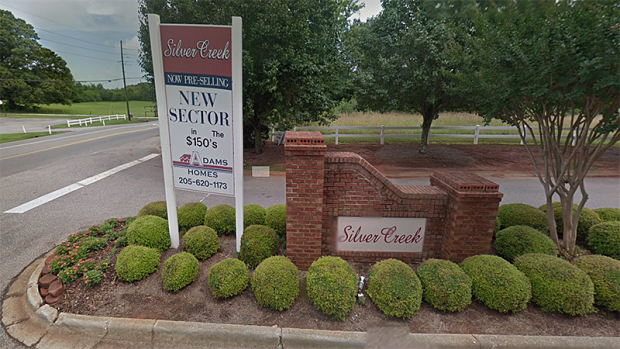 Alabaster’s Silver Creek subdivision off Alabama 119 soon will be getting a second entrance after the City Council voted to move forward with the project during a recent meeting. (Contributed)

ALABASTER – Residents in a large neighborhood in southern Alabaster soon will have another way to access their subdivision, as the City Council recently agreed to move forward with a second entrance off Alabama 119.

Council members voted unanimously during their Dec. 28 meeting to enter into an agreement with InSite Engineering to design and oversee construction of the second entrance, which will connect Silver Creek Lane with Alabama 119, as originally planned in the neighborhood’s design.

Through the agreement, the city will pay InSite $24,800 to complete the survey, construction design and bid services on the project, and will pay the company up to $45,000 to oversee construction and inspection of the project.

Alabaster City Manager Brian Binzer said the neighborhood plan originally approved by the city required the developer to complete the second entrance, but said the project was not completed, requiring the city to obtain money from the developer’s bank to help fund the second entrance. Currently, Silver Creek Parkway serves as the only entrance for the about 200-home neighborhood.

Binzer said the city and InSite are working to complete left and right turn lanes off of Alabama 119 to serve the second entrance, while the developer is working to pave a portion of Silver Creek Lane to connect the road to Alabama 119.

The city still has a road bond on the subdivision, meaning it could seek money from the developer to extend Silver Creek Lane if the developer does not complete the project.

What were the most-read stories of 2017?

FROM STAFF REPORTS As 2017 draws to a close, we are taking a look back at the most-read stories on... read more