Helena outlasts Centerpoint in overtime in JSHC second round win 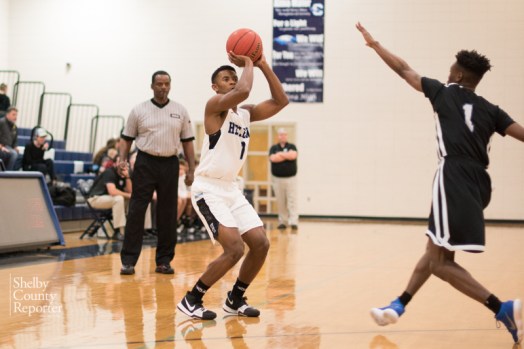 Helena’s Justin Stuckey (1) led the Huskies with 13 points in an overtime win against Centerpoint in the second round of the Jefferson-Shelby Hoops Classic. (Reporter Photo/Keith McCoy) 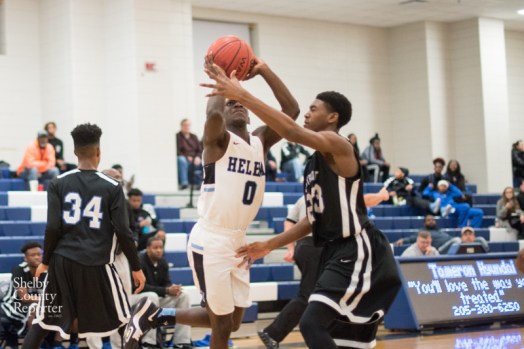 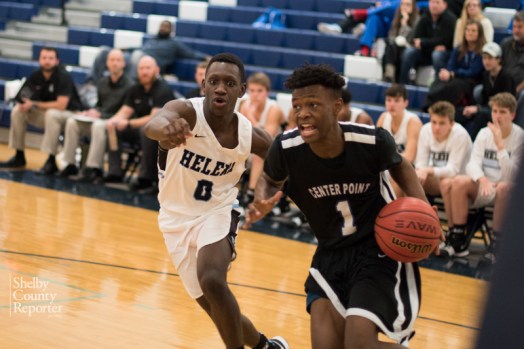 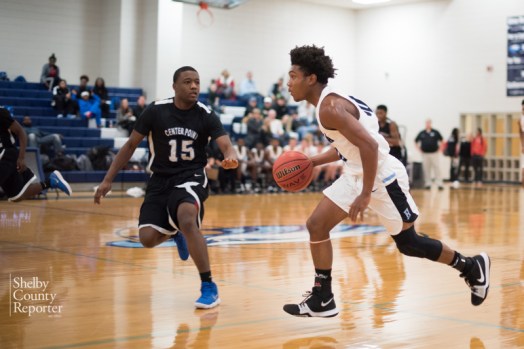 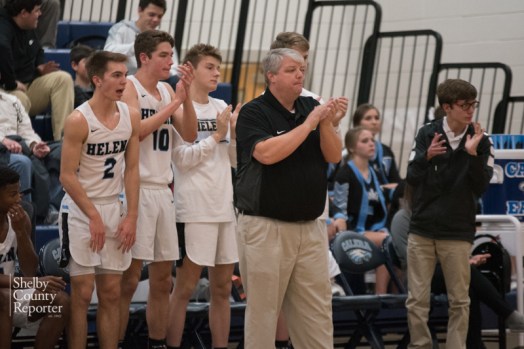 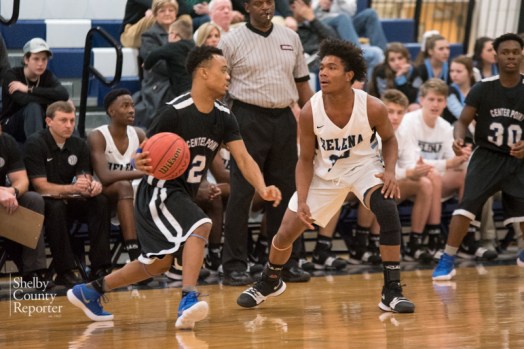 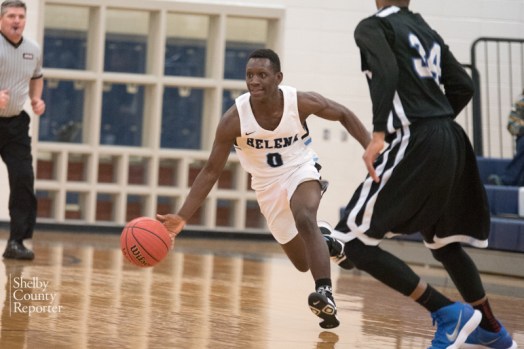 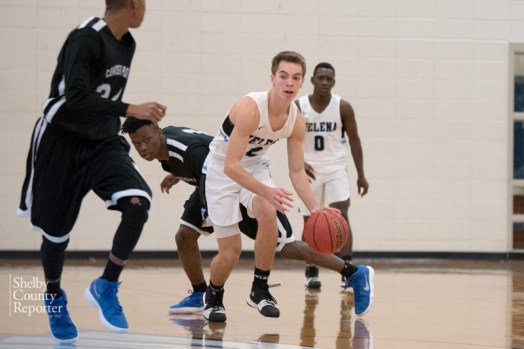 CALERA–It wasn’t a conventional way to win a game, nor was it pretty, but on Wednesday, Jan 4, the Helena Huskies boys basketball team did what they’ve done all season and that’s find a way to win.

It took overtime, but clutch free-throw shooting after a costly technical foul helped Helena outlast Centerpoint 34-30 in the second round of the Jefferson-Shelby Hoops Classic.

In the first half, it was evident that Helena was sloppy after not having played in two weeks. The Huskies mustered just 13 first half points but only trailed by four heading into the locker room.

Points were few and far between in the second half as well but Helena had a solid third quarter to regain the lead 26-24 ending the quarter on a 13-7 run.

The fourth quarter was where things got interesting. With the score tied at 28, Helena held possession with four and a half minutes left in regulation. The Huskies opted to hold the ball near midcourt until Centerpoint came out of their zone to guard. What ensued was Helena attempting a shot in the final seconds to win but it fell short and the game went to overtime.

“They were sitting back in that 2-3 zone and we just thought that we would try and get the last shot,” Laatsch said. “I didn’t expect to hold it for four and a half minutes. I thought they would come out a little sooner than they did but I was proud of my kids for handling that because that’s an odd situation. They did a good job and we wanted to make sure we got the last shot of the game and we did but we just missed it. We had an offensive rebound opportunity but couldn’t hit it and we had to win in overtime.”

Free throws became crucial in overtime as Justin Stuckey converted all four of his attempts in the extra period. Stuckey led Helena in scoring with 13 points.

A critical moment of overtime came with 12 seconds left as Helena held a 30-28 lead. The referee issued the Centerpoint head coach a technical foul and the game was iced once Nate Andrews and Stuckey sank a few free throws in the four-point win.

With the win, Helena moved to 16-1 on the season and will now face a red-hot Calera team in the Eagles gym on Jan. 4, at 8 p.m. in the quarterfinals of the Jefferson-Shelby Hoops Classic.