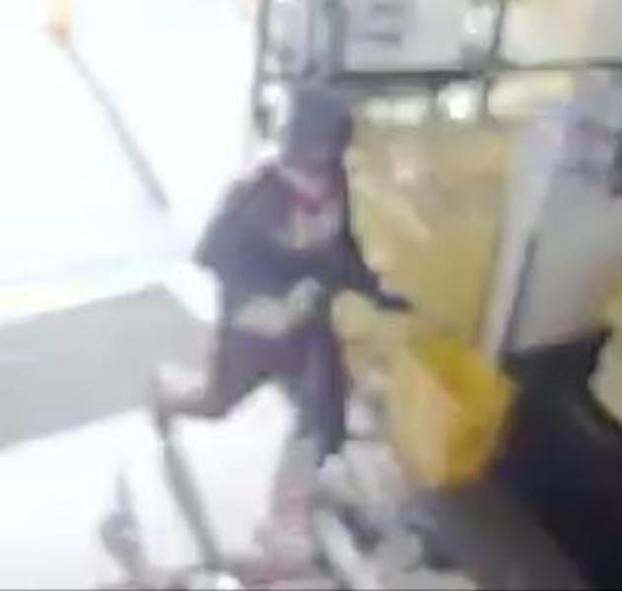 Authorities are searching for an unidentified white, male suspect in connection to a recent armed robbery at the Dollar General in Shelby. (Contributed)

SHELBY – Authorities are seeking the public’s help in identifying a suspect after an armed robbery took place at the Dollar General on Shelby County 47 in Shelby on Tuesday, Jan. 2. According to the Shelby County Sheriff’s Office, an unidentified white male in his late 20s or early 30s who was armed with a black AR15 rifle walked into the store and demanded “all the money in the register” from the store clerk. SCSO Community Outreach Officer Debbie Sumrall said the store clerk was unharmed during the robbery.

The suspect is said to have been wearing a grey camouflage jumpsuit, a black mask and gloves. After the robbery, the suspect got into a white Toyota 4Runner and left the store, headed southbound on Alabama 145 towards Clanton. Sumrall said authorities are currently unable to disclose the amount of cash the suspect stole.

While the quality of the surveillance footage taken during the robbery, combined with the fact that his face was covered, make the suspect unrecognizable, authorities are hoping that information about the him will surface through word of mouth.

Sumrall said the investigation of the Dollar General robbery is currently ongoing, and authorities have not received many leads. Anyone who may have additional information about the crime is encouraged to contact the SCSO by calling its direct line at 669-4181, by calling SCSO Investigator Robert Rodriguez or by submitting a tip on Shelbyso.com.

HOOVER – Hoover City Schools’ Child Nutrition Program was recognized on a state and national level in 2017 for fiscal... read more