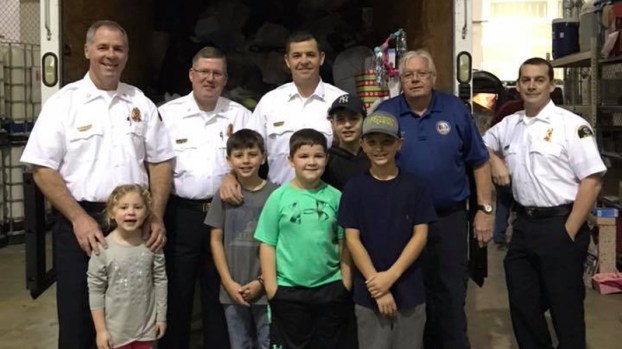 HOOVER – Local fire departments worked together to donate three truckloads of new toys that were given to families of military personnel in need during the holidays.

Each Hoover fire station served as a dropoff location for several weeks during the holidays.

“We typically are their largest donor,” Lowe said of the effort among the three departments. “We sent three truckloads of toys down to Montgomery. Many families were assisted.”

Though a final number of families assisted was not available, Lowe said about 300 families were assisted even before the donations from Hoover, North Shelby and Rocky Ridge.

Most fire departments collect donations for a charity of some sort during the holidays, and Hoover has benefitted the National Guard Foundation in its effort to provide for the families of active duty service members across Alabama for at least 10 years, Lowe said.

Signs are placed in front of the fire stations to let passers-by know they are accepting donations, and social media is also used to help get out the word, but Lowe said many Hoover residents look forward to making donations each year.

“The citizens of Hoover have always been so good to donate,” he said.

Donations for the National Guard Foundation were cut off on Dec. 22 to give the organization time to organize and distribute the toys before Christmas, but Lowe said Hoover kept collecting donations because another opportunity presented itself.

HFD was contacted by the city of Birmingham about the Christian Service Mission needing toys for families they assist, so Hoover was also able to donate to that charity.

“We feel good about being able to help people,” Lowe said.