NORTH SHELBY – The Shelby County Sheriff’s Office is seeking the public’s help in finding the whereabouts of a 16-year-old girl who recently went missing from the Inverness area.

According to SCSO Community Outreach Officer Debbie Sumrall, Sarah Alexander last made contact with her parents on Dec. 11, 2017 and was last seen in Amory, Mississippi. Sumrall said she had crossed state lines “on her own accord.” 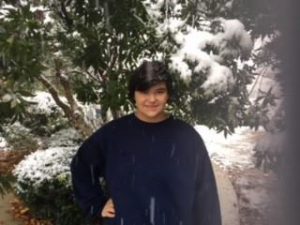 Alexander is described as having dark hair and dark eyes, standing at 5 feet and 6 inches tall and weighing about 175 pounds.

Sumrall said authorities do not believe Alexander’s disappearance is connected to the disappearance of two other teenage girls from Alabaster and Vandiver who were also recently reported missing.

Anyone who has additional information about Alexander’s current location can contact the SCSO by calling 669-4181 or online at Shelbyso.com.

HOOVER – Local fire departments worked together to donate three truckloads of new toys that were given to families of... read more