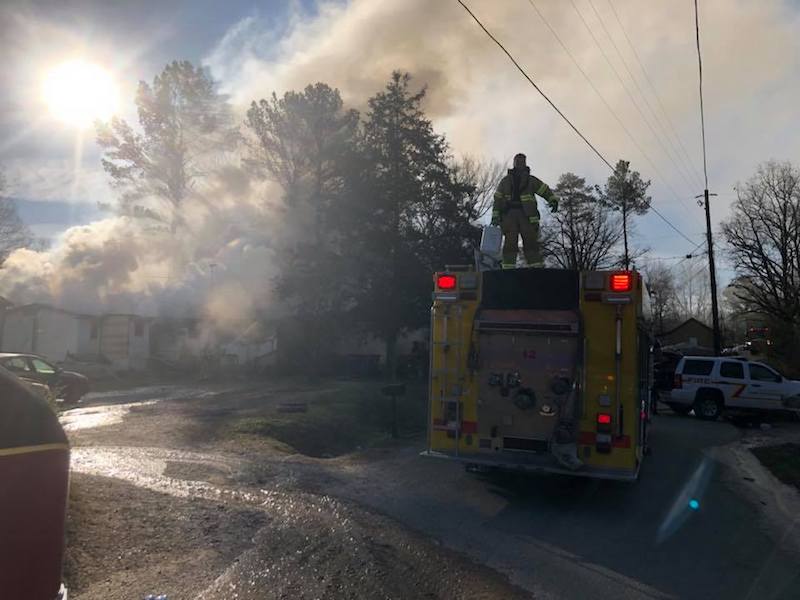 Firefighters from Alabaster, Helena, Pelham and Calera spent about four hours putting out a fire at a residence in Alabaster on Jan. 6. (Contributed)

ALABASTER – The Alabaster Fire Department, with the assistance of other local fire departments, spent about four hours battling a structure fire at a residence located on 11th Avenue Southeast on Saturday, Jan. 6. According to AFD Chief of Operations Pat Conn, the AFD received an emergency at about 8:23 a.m. and found smoke pouring out of the house when they arrived on the scene.

Because of the way the house was built, Conn said putting out the fire required a total of seven engines, about 30 firefighters and assistance from the Helena, Pelham and Calera fire departments.

“This particular residence had a lot of additions built on, which complicated things,” Conn said. “It was very labor intensive.”

No injuries or deaths occurred as the result of the fire. While all of the residents had evacuated before firefighters arrived, Conn said the AFD was lead to believe that there was one person in the house. The person was later located alive and unharmed at another residence.

Conn said the house was destroyed by the blaze, and will likely be uninhabitable in the future.

“The walls are still standing, but I don’t think anyone will be able to live here ever again,” Conn said.

The cause of the fire is currently under investigation by the AFD Fire Marshal’s office. Currently, no arson is suspected.