Kenneth Eugene Carter, 51, who lists an address on Shelby County 446, was arrested by the Calera Police Department on Sunday, Jan. 7, after an incident that occurred on the same day. 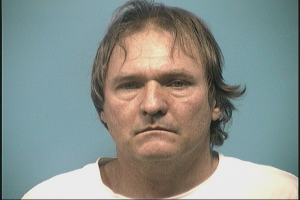 According to CPD Chief Sean Lemley, police attempted to pull Carter’s vehicle over during a routine traffic stop when he allegedly sped away. Carter allegedly left the vehicle and attempted to flee after his car spun out of control on a curve and hit a ditch. During a search of his car, authorities discovered 2 pounds of methamphetamine.

Trafficking methamphetamine is a Class A felony. If convicted, Carter could spend 10 years to life in prison. Reckless endangerment and attempting to elude law enforcement are both Class A misdemeanors.

As of Tuesday, Dec. 9, Carter was being held at the Shelby County Jail on bonds totaling $501,000. Carter’s case was assigned to Shelby County District Court Judge Daniel A. Crowson Jr., and a preliminary hearing has not been scheduled.