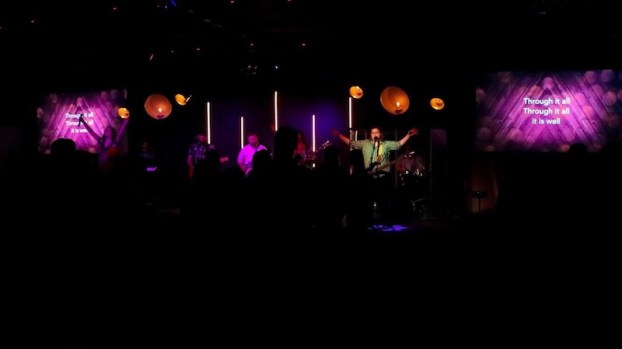 Cultivate Church, based in Alabaster, is establishing a second campus in Columbiana to reach the people of South Shelby County. The first services at the Columbiana campus are set for Sunday, Jan. 14. (Contributed)

COLUMBIANA – Cultivate Church is currently in the process of establishing its second campus in Shelby County. According to Pastor Brandon Matthews, Cultivate is building its new campus “from the ground up” at what used to be a warehouse located at 21011 Alabama 25 in Columbiana.

Matthews said Cultivate is expanding from its original campus in Alabaster in order to accommodate for its rapid growth over the past few years as well as reach more people in the southern part of the county.

“We have people who go to our Alabaster campus that drive from all over to our church, people from Sylacauga to Jemison” Matthews said. “Instead of expecting people to drive all that way, we decided to expand and come to them.”

According to Matthews, each service will be led by a live pastor. The messages and music of each sermon will be the exact same as the ones on Cultivate’s original campus.

“We think of it as one church in two locations,” Matthews said. “We’ll serve the county together.”

Matthews said the church will also provide safe, age appropriate care for children as old as 12.

“We will feature lighting, media and interactive learning for the kids,” Matthews said.

Cultivate Church originally started out six years ago as what Matthews referred to as a “grassroots movement.” Matthews said Cultivate has since established itself in the Alabaster community.

“About 740 people have given their hearts to Jesus,” Matthews said. “We have people from all walks of life.”

In the future, Matthews said Cultivate Church will be open to expanding to other areas of Shelby County “if the need arises.”

“Our hope is to reach people for Jesus and make Heaven a bigger place.” Matthews said. “Anyone who comes in the door is welcome with open arms.”