COLUMBIANA – A Sterrett man was recently put behind bars after he allegedly assaulted and caused significant injuries to a victim in December 2017.

Shawn Reaves, 38, who lists an address on Forest Lakes Cove, was arrested and charged with domestic violence assault in the second degree by the Shelby County Sheriff’s Office on Saturday, Jan. 6. 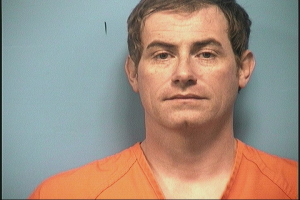 An arrest warrant alleges that Reaves struck his victim in the face, which caused a broken nose and head trauma on Dec. 14, 2017. The warrant identified the victim as Reaves’s girlfriend.

The victim filed a protection from abuse petition against Reaves shortly after the incident occurred. In the petition, the victim wrote that the altercation stemmed from an argument between her and Reeves that resulted in her being hit multiple times in the head with a computer.

“My nose immediately started bleeding. The fight ended there with me locking myself in my bedroom for the night,” she wrote. “I have a broken nose that will require surgery to fix. I have bruising under my top lip and a cut underneath my nose. I have bruises on my arm where I was grabbed.”

Second-degree assault is a Class B felony, which could result in a prison sentence of two to 20 years if Reaves is convicted.

Reaves was released from the Shelby County Jail on bonds totaling $10,000 on the day he was arrested. Reaves’s case was assigned to Shelby County District Court Judge Daniel A. Crowson Jr., and he is set to appear in court for a preliminary hearing at 8:30 a.m. on Jan. 31.

By GRAHAM BROOKS / Staff Writer MONTGOMERY–The city of Helena will be one of several cities across the state to... read more