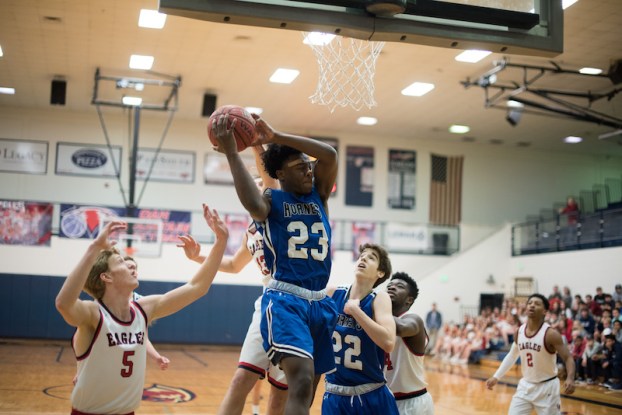 Chelsea was able to grab a thrilling road win over Gardendale on Tuesday, Jan. 9. (File)

GARDENDALE – The win one, lose one stretch continued for the Chelsea Hornets on Tuesday, Jan. 9, but this time around it was a win as the Hornets moved above .500 yet again on the season with a 48-45 win over Gardendale on the road.

Chelsea (10-9) seemingly controlled the game throughout as far as a lead was concerned, especially in the second and third quarter, but Gardendale was never down by more than eight points and stayed within striking distance.

It led to a thrilling finish in the final minute of the game. Tied at 44 with 30 seconds left on the clock, Chelsea’s Tyler Coleman knocked down two clutch free throws to give the Hornets the 46-44 advantage.

Coleman then proceeded to force a turnover on the ensuing inbound pass in what could have iced the game had the Hornets gotten back to the free throw line, but instead Chelsea gave the ball right back to the Rockets with a turnover.

Gardendale’s Josh Lankford was eventually fouled, but was only able to hit one of his two free throws at the line, which kept the Hornets in front by a point.

The Rockets were forced to foul on Chelsea’s next possession and Jonah Moore stepped up to the line to sink both free throws in a clutch situation to give the Hornets a three-point, 48-45 advantage with 8.5 seconds remaining.

Gardendale got the ball across half court and called a timeout to draw up a play for the chance at a game-tying 3-pointer. Chelsea’s defenders were all over Lankford, who had hit three shots from beyond the arc already, after receiving the inbounds pass.

He was forced to give the ball up and eventually Moore blocked Gardendale’s miracle attempt at the buzzer to preserve the win.

The game started out as exciting as it ended with both teams scoring in bunches to start the first quarter.

Thanks to five combined 3-pointers from the two teams in the opening period, they combined for 32 points and a 16-16 tie at the end of the quarter.

While the points weren’t as frequent in the second quarter, the fast pace continued leading to 24 more combined points. Neither team really pulled away from the other, but the Hornets were able to outscored the Rockets 14-10 in the quarter to take the four-point, 30-26 lead into the half.

After 56 combined points in the first half, it was clear some defensive adjustments were made by both teams during the halftime break.

The Hornets started the third quarter on an 8-4 run to extend their lead to 38-30, but Gardendale was ready to answer. The Rockets put together a 7-0 run to end the quarter, capped off by a buzzer-beating 3-pointer to cut the Chelsea lead to 38-37 heading to the final period.

With just 18 combined points in the fourth quarter, neither team was able to create separation, which led to the thrilling finish in the final second of the game.

By GRAHAM BROOKS / Staff Writer PELHAM–After falling in the second round of the Jefferson-Shelby Hoops Classic on Jan. 3,... read more