COLUMBIANA – A local man was recently taken into custody by the Harpersville Police Department after he allegedly sexually abused a child younger than 12 years old.

Justin Ray Shockley, 30, who lists an address on Knox Street in Harpersville, was arrested and charged with sexual abuse of a child under the age of 12 on Monday, Jan. 8. His bond for two previous charges was also revoked. Court documents allege that Shockley subjected an underage victim to sexual contact on Sept. 8, 2017. 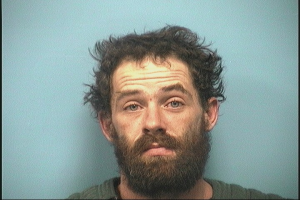 A protection from abuse petition filed from the victim’s guardian in October 2017 alleged that Shockley “tortured or willfully abused” the victim and assaulted the guardian.

Sexual abuse of a child under 12 years old, second-degree domestic violence assault and domestic violence strangulation are all Class B felonies. If convicted, Shockley could face between two and 20 years in prison.

As of Tuesday, Jan. 9, Shockley remained at the Shelby County Jail on bonds totaling $35,000. Shockley’s case was assigned to Shelby County District Court Judge Daniel A. Crowson, and he is set to appear in court on Jan. 11.