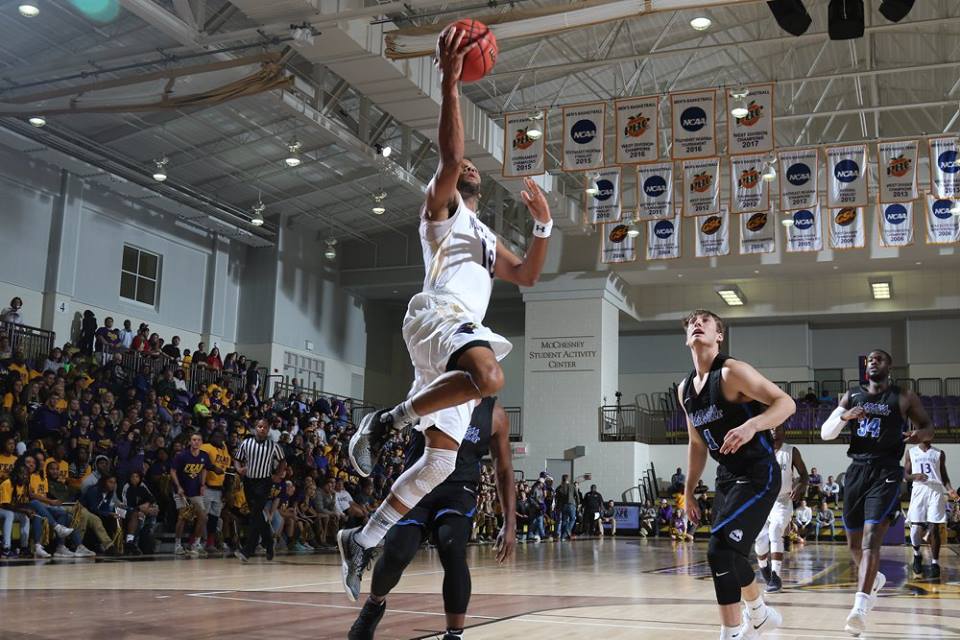 Montevallo picked up its third conference win of the season in a dominant effort against the Shorter Hawks on Tuesday, Jan. 9. (Contributed/University of Montevallo)

MONTEVALLO – Montevallo’s mens basketball team looks to be on the rise after the team ran their record back to .500 after putting the Shorter University Hawks away, 75-61, Tuesday, Jan. 9.

The Falcons’ win percentage has dropped every season since the 2013-14 campaign, but there’s still time to improve on last year’s 17-10 mark.

Shorter (2-14, 2-6) is currently last place in the Gulf South Conference, but they didn’t play like it Tuesday night.

They jumped out to an 18-10 lead on the strength of four 3-pointers, but Montevallo didn’t panic scoring on two of its own deep balls and making all seven of its attempts from the free throw line.

The Falcons outscored the Hawks 23-9 the rest of the way and held a 33-27 halftime lead.

Jeremiah Curtis paced UM in the first half with 10 points, while Jamar Gilbert and Deshawn Jones each chipped in six points apiece. Shorter spread it around as four players scored at least six points.

The hot shooting from outside flipped from Shorter to Montevallo in the second half.

The timing couldn’t have been worse for the Hawks who shot more than half of their field goal attempts from beyond the arc.

Montevallo made things worse for the Hawks as second chance points were hard to come by. The Falcons increased their rebounding edge from eight to 19 during the final half and slowly pulled away as the minutes ticked away.

UM continued its aggressive play inside by out-scoring Shorter in the paint and had eight more attempts from the free throw line than the Hawks.

The Falcons used an 11-2 run midway through the second half to take a commanding 64-45 lead, and the Hawks were unable to get any closer than 10 the rest of the way.

Four players scored in double-digits for the Falcons including Chris Williams and Deshawn Jones who scored 17 and 16 points, respectively. Julio Guity grabbed 11 rebounds and is third in the GSC with an average of 8.7 rebounds  per game.

Montevallo (8-8, 3-4) will join the women’s team on a trip to Delta State University where they will try to draw their record in the GSC even as well. The tip-off for that game will be at 4 p.m. on Jan. 13.