COLUMBIANA – A Vandiver woman was recently arrested after she allegedly exposed her unborn child to multiple drugs.

Mary Anne Alexander, 31, who lists an address on Shelby County 43, was arrested by the Shelby County Sheriff’s Office and charged with chemical endangerment of a child on Wednesday, Jan. 10. 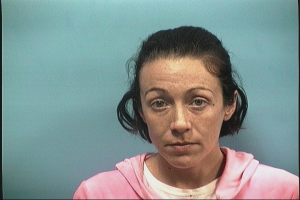 Alexander’s arrest warrant alleges that she “knowingly, recklessly or intentionally caused or permitted” the unborn child to be exposed to cocaine and marijuana on Sunday, Jan. 7.

Chemical endangerment of a child is a Class C felony, Alexander could face a maximum of 10 years in prison if she is convicted.

As of Thursday, Jan. 11, Alexander remained at the Shelby County Jail on bonds totaling $15,000. Her case was assigned to Shelby County District Court Judge Daniel A. Crowson Jr. The date for her preliminary hearing has not been scheduled.