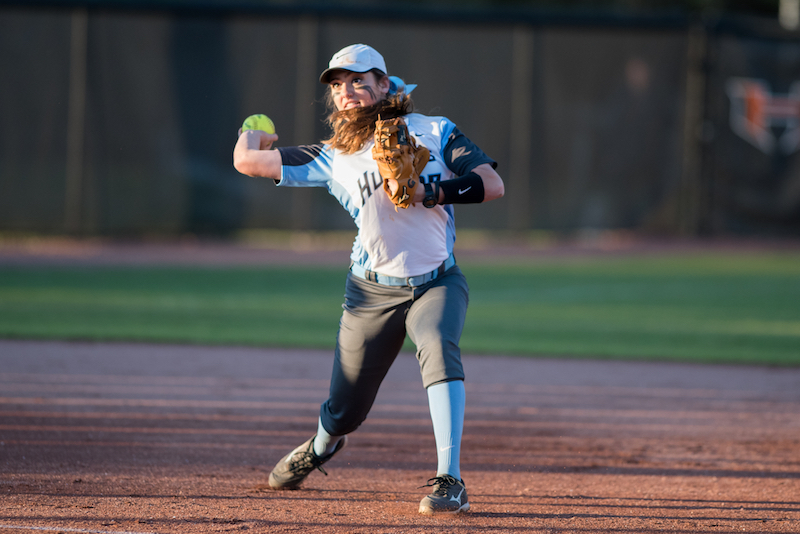 HELENA–After a stellar sophomore campaign and a change of heart, Helena High School junior shortstop Grace Robertson has committed to play softball at Samford University once she graduates from HHS in 2019.

Robertson has played varsity softball since her eighth grade year at Thompson High School, and enters her junior season expecting big things while playing for the Huskies. Some of Robertson’s awards include All-Metro Player of the Year in 2016 and 2017 as well as a member of the 2017 second team All-County.

As a sophomore at Helena, Robertson batted .391 at the plate and led the Huskies with 48 RBIs. She had 52 hits that included 13 doubles, eight triples and a team-high six home runs.

Robertson originally committed to Auburn University early last year, but following a head coaching change and a shake up in the program following the 2017 season, Robertson decommitted and is now focusing on playing collegiately for the Bulldogs.

In addition to playing for Helena, Robertson also plays softball for the Birmingham Bolts and posted a .353 batting average to go along with a .384 on base percentage in the 2017 summer season. Defensively, Robertson registered 22 assists, 53 put-outs, two double plays and recorded a fielding percentage of .926 with the Bolts.

Aside from her stellar play on the field, Robertson also excels off the field. Robertson is a has a cumulative GPA of 4.15. She has completed AP classes in math, science and english.

Robertson’s future goal is to earn a degree in the veterinary field.