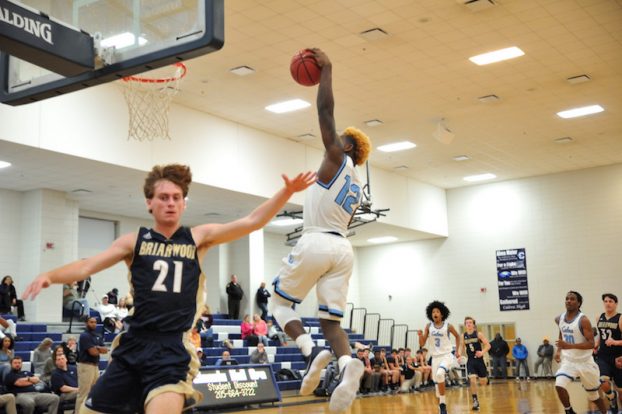 There were some big highlights in girls basketball over the weekend as many teams competed in area games on Friday night and others also played two games in two days competing on Saturday as well. Below is a recap from all of the action from Jan. 11-13.

As possibly the hottest team in the county, the Spain Park Lady Jags picked up a 60-37 area win over No. 7 Huffman on Friday night. With the win, Spain Park moved to 19-3 overall and 2-0 in area play as they are now one win away from 20 on the season.

The Jags current win streak is at 10 games, which is the second highest in the county this year behind just the Calera boys who won 12 at one point. Spain Park’s closest game in the last month has been a 10-point win over Homewood, which shows the team’s dominance and why they are No. 2 in the state.

It’s taken some time, but the Thompson Warriors’ girls basketball team is finally starting to play up to its talent level.

After falling to No. 1 Hoover earlier in the week, Thompson was able to pick up back-to-back big wins to cap off the week. The Warriors took down Vestavia 49-31 for a big area win on Friday night and then followed that up with a tight 44-42 win over Jackson-Olin on Saturday.

Thompson is now sitting at 8-12 overall this season, but more importantly 1-1 in area play. That 1-1 mark has them in second place in the area, which will be crucial come time for the area tournament as well as for their chances at postseason play.

Oak Mountain’s girls get the wrong end of a very difficult girls basketball area featuring No. 2 Spain Park, No. 7 Huffman and No. 9 Mountain Brook.

After losing 58-20 to the Jaguars early in the week, the Eagles got another chance at an area win on Friday night, but fell 65-36 to drop their second area contest in as many games.

Oak Mountain now sits at 13-6 (0-2) on the season and will need some wins and help win it comes to winning the regular season area championship.

Calera has been hot and cold this season, but since the Eagles’ loss to Thompson in the Jefferson-Shelby tournament, they have been on fire.

They have now won three in a row over the last week taking down Jemison 49-11, Dallas County 54-31 and Chelsea 72-50. That’s an average margin of victory of 27.7 points per game during their three-game winning streak.

Those two most recent wins over Dallas County and Chelsea came on Friday and Saturday, respectively. The Dallas County victory gave them an area win as they now sit at 4-1 overall in area play and 13-8 overall on the season.

There is still a strong chance to win the area crown if they can take down Marbury in the Eagles’ last area game of the season on Friday, Jan. 19.

Briarwood canceled school on a Friday because of the flu, which also canceled this area basketball matchup.

The Vincent Lady Jackets were able to move back above .500 on the season as they continued to show improvement with a 44-28 win over B.B. Comer on Thursday.

Three scorers in double figures was a big reason for the Yellow Jackets’ success in the win. Zhari Posey led the way with 13, while Aniya Norwood and Makayla Cohill added 12 and 11, respectively.

Vincent is now 9-8 overall this season and 1-1 in its three-team area with some big games still ahead.

The Westminster girls continued to find success with a big 52-38 win over Cornerstone Schools of Alabama on Friday night.

With the win, the Knights moved to 8-5 overall this season and picked up another crucial area victory as they look to start a run back to the Final 4 in 2018.

By ALEC ETHEREDGE | Sports Editor It has been close to a month since the Alabama Sports Writers Association put... read more