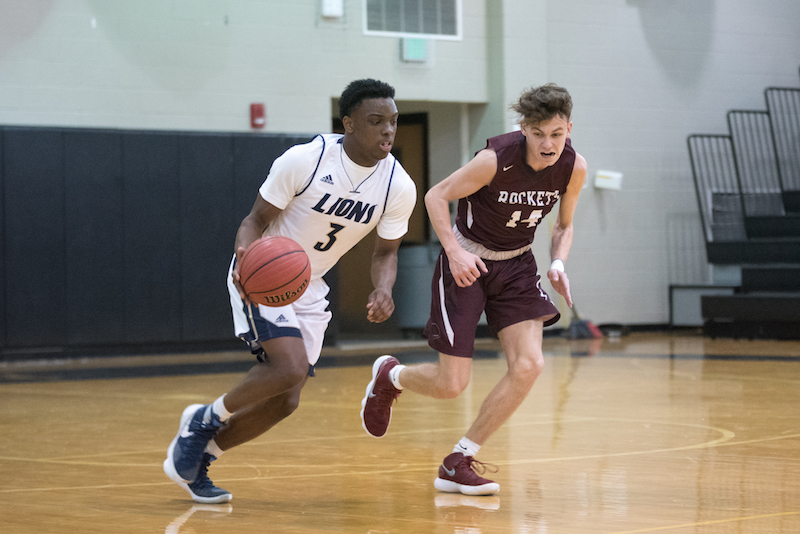 Izaiah Jones was one of three players to score in double figures in Briarwood's impressive area win over Moody. (File)

MOODY – In a rescheduled game from earlier in the season, the Briarwood Lions traveled to Moody High School on Monday, Jan. 15, to take on the Blue Devils in an area matchup.

With Briarwood sitting at 0-1 in area play after a difficult 81-74 loss to Sylacauga, the Lions needed a bounce-back win in area play and got just that thanks to three double-digit scorers in the game.

Michael Hiers, Carson Donnelly and Izaiah Jones combined for 47 points to lead Briarwood to an impressive 68-49 win over Moody.

Those three got off to a strong start in the opening quarter of play combining for 15 points. Led by Hiers with seven in the period, their efforts led to the Lions taking a 17-12 lead at the end of the quarter.

The second quarter brought much of the same as Briarwood (9-6, 1-1) scored 17 more points and limited Moody to just 13.

Briarwood was able to limit Zac Mason to zero points in the quarter after scoring six of the team’s 12 in the first. The strong play on both ends led to a 34-25 lead for the Lions at the half.

While the Lions’ offense was playing extremely well and gave the team a 55-39 lead, the defense went on to limit the Blue Devils to 10 points in the final quarter and prevented the area foe from scoring 15 or more points in any quarter.

It was a great defensive effort and while Briarwood has struggled with fouls this season, the Lions picked up just 17 fouls in the game and held Moody to just 18 free throw attempts, 10 of which came in the final quarter.

Briarwood was able to add 13 more points in the fourth quarter thanks to six points from Hiers to create the final score of 68-49. In all, nine different players scored for the Lions in the win. 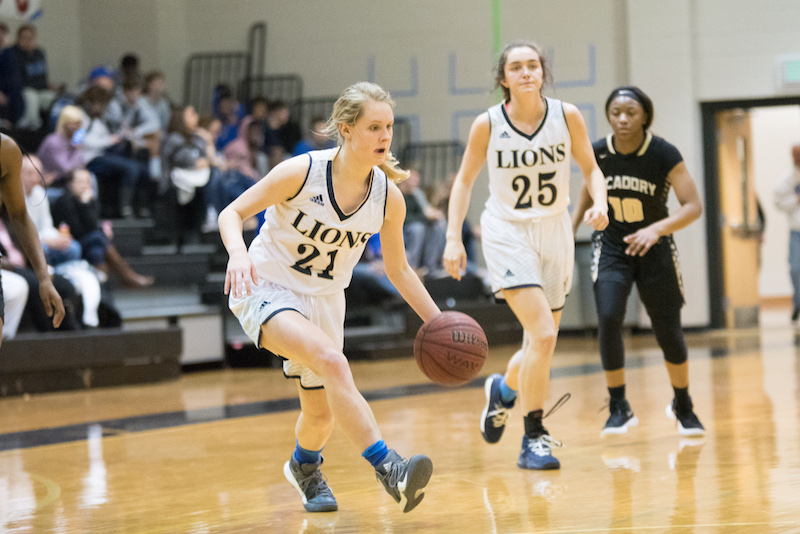 Briarwood’s girls basketball team started the season somewhat slow with a very difficult early-season schedule leading to a 2-6 overall record, but it’s something that has prepared the Lions for area play the remainder of the season.

Already sitting at 1-0 in area play, Briarwood picked up a momentum-building 53-22 win over Moody on Jan. 15, to win its fifth game in the last seven played and move to 2-0 in area play as they look to win the area championship.

A big reason for the win was Briarwood’s strong defense as their press caused problems for the Blue Devils all night.

While the Shelby County Wildcats look to be the favorite in Class 5A, Area 8, Briarwood is starting to look better and better as the season goes along.