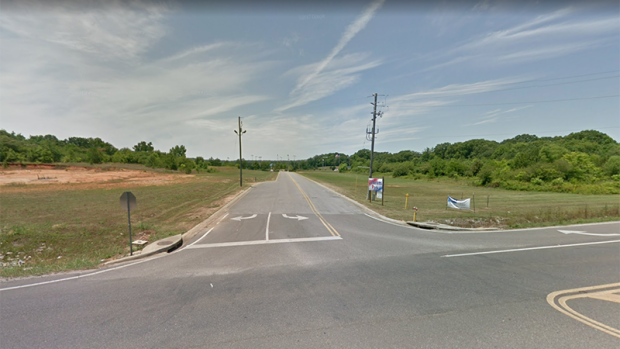 Alabaster recently finalized the acquisition of about 16 acres between Veterans Park and Alabama 119. The property is split by the park’s access road. (Contributed)

ALABASTER – The city now officially owns about 16 acres near Veterans Park, after it recently finalized the deal to acquire the land, according to city leaders.

During an early January work session, Alabaster City Manager Brian Binzer said the city had finalized the deal with the property owner. Through the agreement, Alabaster paid $800,000 to purchase a portion of the 16 acres between Veterans Park and Alabama 119, and the property owner donated the rest of the land.

The currently vacant pair property is split by the access road leading into the park from Alabama 119, and is often used as an overflow parking area during large events at the park.

The current Veterans Park sign off Alabama 119 is on the land.

City leaders said there are no immediate plans to expand Veterans Park onto the property, but said owning the land will allow the city to control how it is used in the future.

The city is also in discussions with the owners of about 65 acres across Alabama 119 from Veterans Park to possibly complete a land swap for about 65 city-owned acres off Old Highway 31.

Alabaster currently owns the land off Old Highway 31, which it purchased several years ago with the intention of developing a new municipal complex and city center.

Because of the rocky, hilly terrain on the land off Old Highway 31, the cost to develop the property has prevented the city from moving forward with developing it.

If the swap moves forward, the city will trade the property off Old Highway 31 with about 65 acres across Alabama 119 from Veterans Park. The flat, currently undeveloped land off Alabama 119 would give the city future options for possible development or expansion of the park, according to city leaders.

If the swap is completed, the new owners of the Old Highway 31 property would allow investors to decide if they will develop the property, hold it or turn it into a conservation easement. If the land is turned into a conservation easement, it could never be developed, but could be turned into a park with walking trails, and could be used by the owners as a tax write-off.

ALABASTER – While many 6-year-olds are into video games or playing outside, one first grader from Alabaster recently decided to use... read more