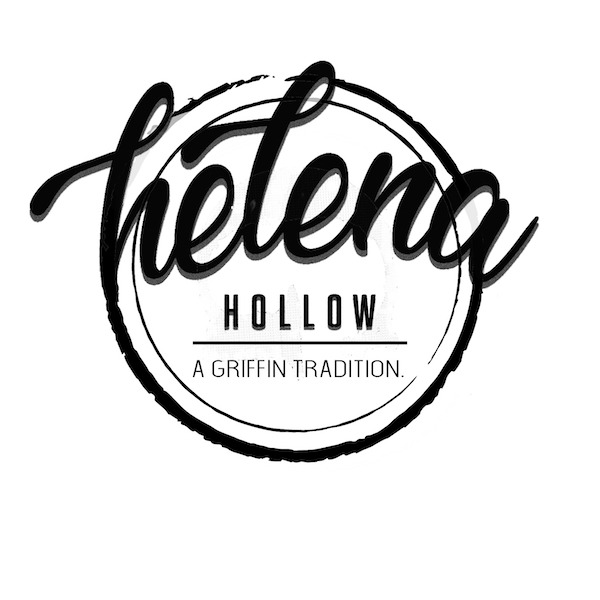 Shown is the new logo for Helena Hollow. Helena Hollow will be the new name for Griffin Farms of Helena going forward to help eliminate confusion. (Contributed)

HELENA–Griffin Farms of Helena, a popular wedding and event destination for the past few years, has gotten a new name to help eliminate confusion for its customers going forward.

The name Griffin Farms is derived from owners Jamie and Amy Griffin who now call the property home. Jamie grew up in the house and the property belongs to his family. Once Jamie and Amy married, they moved in and have now built the farm into a successful business.

Amy said that the Griffins didn’t want to have to change the name, but because of various mix-ups with a farm 40 minutes away in West Blocton with the same name, the change became a necessity.

“Helena Hollow” followed by the tagline “A Griffin Tradition” will be the new name of the farm and business going forward.

“We tried really hard to try to continue the Griffin name for the business but it basically boiled down to eliminating confusion,” Amy Griffin said. “We tried to think of something and we landed on ‘Helena Hollow–A Griffin Tradition’ because we are big on supporting our community.”

Amy said the decision to change the name came after several mix-ups as customers would often get Griffin Farms of Helena and the Griffin Farms in West Blocton confused.

Even though the name has changed, Amy said the business and everything it represents will remain the same.

“We want to reiterate that we are the same people, family, ideas and that nothing has changed on what we do and what we host,” Amy said. “We’re relaunching our wedding business but we are now called Helena Hollow formerly Griffin Farms.”

The farm has put out a save the date for an upcoming event this spring. The Bunny Hop at Helena Hollow will be March 24-25 with more details to follow.

ALABASTER – While many 6-year-olds are into video games or playing outside, one first grader from Alabaster recently decided to use... read more