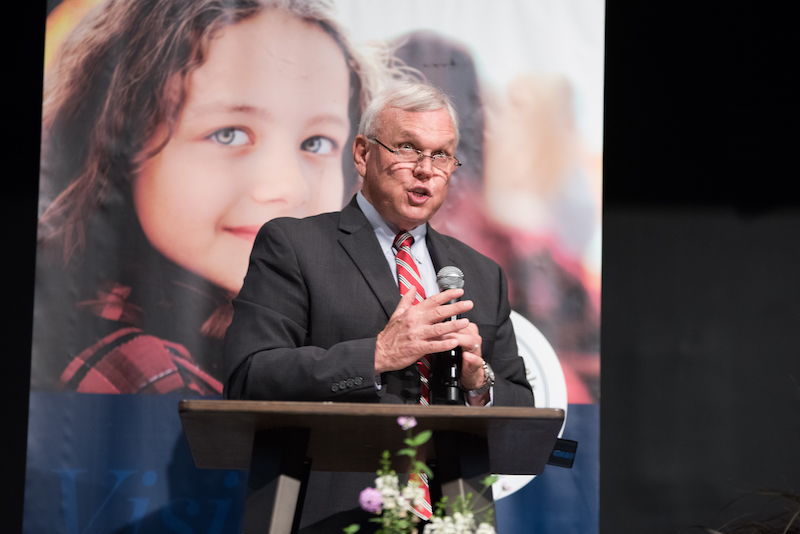 Shelby County Schools Superintendent Randy Fuller plans to retire at the end of his current term in office this December. Fuller has served three consecutive terms as superintendent. (File)

COLUMBIANA–Randy Fuller, who has served three consecutive terms as Superintendent of Education for Shelby County Schools, has announced he will retire at the end of his current term in office this December.

Fuller was hired by Shelby County Schools in 1998 as principal of Oak Mountain High School, where he oversaw construction of the new school. After serving as principal of OMHS for eight years, Fuller was elected superintendent of Shelby County Schools on July 18, 2006, and took office on Nov. 1, 2006. He began his third term as superintendent on Jan. 1, 2015.

During Fuller’s tenure as superintendent, the Shelby County School System has faced multi-million dollar shortfalls in state funding due to proration and historic recession. He developed a four-component organizational vision to direct the system toward continued success.

This four-part plan provides a sustainable path to follow which allows the district to still meet the expectations of being an exemplary school district even in times of continued economic crisis. The four components of this plan are Continuous School Improvement, which seeks improvement in all aspects of a school, long-range strategic planning, leadership development to enhance and grow current and future leaders in the district and instruction—a unified K-12 effort to design quality curriculum and instruction through the development of strategic initiatives and priorities targeting various grade levels and evaluating results.

This four-part plan has helped to ensure that the Shelby County School District has been one of the top school districts in the state for student achievement and academic performance.