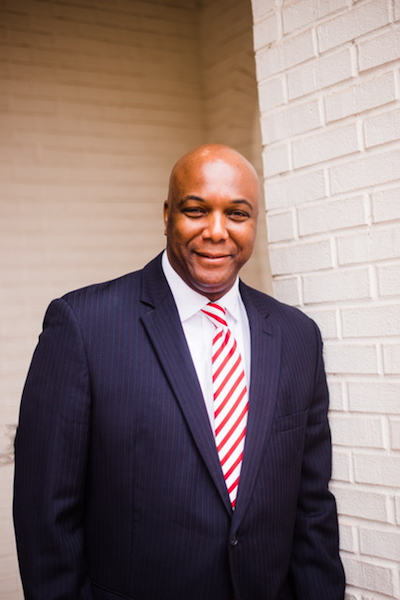 “I decided to run for the position of superintendent of Shelby County Schools because, after many years of working in the district, I know the parents, educators and the staff here have such a high level of commitment to excellence in education for the students we serve,” Brooks said. “I love that about this district and I share that same commitment.”

No stranger to Shelby County Schools, Brooks has worked in his current role as assistant superintendent for the past six years.

“I have enjoyed serving on the executive leadership team and I am grateful for the guidance that Mr. Randy Fuller has provided to our district,” Brooks said.

A resident of Shelby County for the past 26 years, Brooks has “worn many hats” in the district, including teacher, coach, assistant principal, principal and middle school coordinator.

“I have been blessed throughout my long career as an educator to have served in many different roles at schools throughout Shelby County,” Brooks said. “This has not only given me invaluable experience but has also allowed me to build lasting relationships with students and parents in these communities.”

Brooks’ platform as a Republican Party candidate is comprised of a three by three plan that focuses on school improvement and safety, community partnerships and student innovation.

“As superintendent, my administration will be centered around leadership development, organizational commitment and the recruitment and retention of highly qualified employees at every level,” Brooks said.

“We will prepare our diverse body of students for the careers of the future,” Brooks said.

Brooks plans to engage stakeholders by developing student, teacher and parent advisory committees throughout the district.

“Stakeholder interaction and input are certainly integral pieces to the overall success of our district,” Brooks said.

Dr. Brooks is grateful for his work in the community having served on several boards including the YMCA, Kings Home, the D.A.Y. Program and as the current vice president of Awards and Recognition for the University of Montevallo National Alumni Board.

In his current job as the assistant superintendent of administration for Shelby County Schools, Brooks is known for his development and implementation of the Safe Schools Initiative in which he partnered with the county commission, sheriff’s department and local law enforcement agencies to secure resource officers in our schools and to create controlled access entrances. In addition, he has fostered strong community partnerships with parents, businesses and civic leaders.

In 2018, Brooks began his 28th year in public education. He is a graduate of the University of Montevallo where he was a basketball standout. Dr. Brooks continues to support his alma mater with his committee work and by teaching graduate courses. He received his doctorate of education degree in 2010 at Samford University where he currently serves as an adjunct professor and liaison to the Orlean Beeson College of Education.

FROM STAFF REPORTS COLUMBIANA–Randy Fuller, who has served three consecutive terms as Superintendent of Education for Shelby County Schools, has... read more