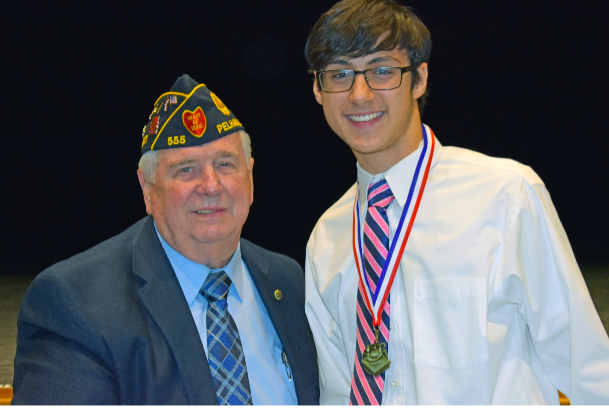 They received monetary scholarship awards and will advance to the 23rd District level on Feb. 3 at 10 a.m. at the First Baptist Church of Pelham.

“The American Legion Oratorical Contest exists to develop deeper knowledge and appreciation for the U.S. Constitution among high school students,” said Richard Kaster, Post 555’s first vice commander and coordinator of the oratorical contest. “Participants have an academic speaking challenge that teaches important leadership qualities, the history of our nation’s laws, the ability to think and speak clearly, and an understanding of the duties, responsibilities, rights and privileges of American citizenship.”

Herrington also won Post 555’s contest last year and went on to compete at the district and division levels. In addition to monetary awards, each winner received a participation medallion engraved with their name.