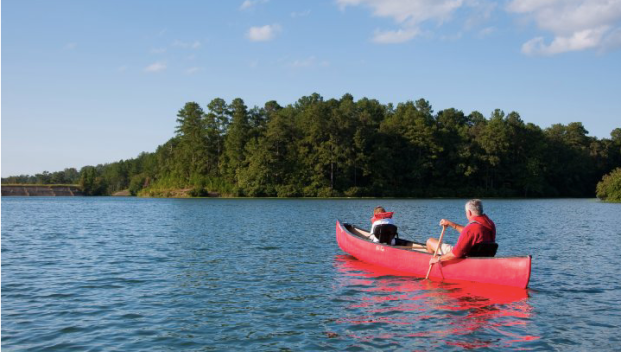 Oak Mountain State Park, pictured, is one of the assets that make Pelham the best place to live in Alabama, according to Money Magazine. (Contributed)

PELHAM – The city of Pelham was listed as Alabama’s Best Place to Live by Money Magazine, which covers topics such as saving, spending, investing, retirement, careers, real estate, tech and health care.

According to the magazine’s website, it publishes a list of best places to live on an annual basis. The magazine look to highlight places that pair “strong economic and educational performances with affordability, convenience, safety and a pleasant way of life.”

The website listed Pelham’s population as 21,629, although population estimates released by the U.S. Census Bureau in 2017 stated that the city’s population has increased to more than 23,000 people.

According to the magazine, the city’s projected job growth sits at 8.65 percent and the median household income is $66,772.

The publication states that Pelham’s desirable assets include being located about 15 miles south of Birmingham and being the home of Oak Mountain State Park, Alabama’s largest state park “where mountain biking and hiking dominate its 9,940 acres.”

“But the area also offers economic and education advantages,” the websites states. “The high school graduation rate is 95 percent and the town is located within the state’s fastest-growing county— Pelham boasts that it’s home to over 5,500 businesses, nearly double that of any other town in the county.”

Money Magazine also published its 2017 list of Best Places to Live in the U.S., which lists the top 100 places to live nationwide. Pelham came in at No. 98 on that list. Pelham was the only city in Alabama that made the cut.

By NEAL WAGNER / Managing Editor A 46-year-old Alabaster man who is a practicing veterinarian in Trussville and a... read more