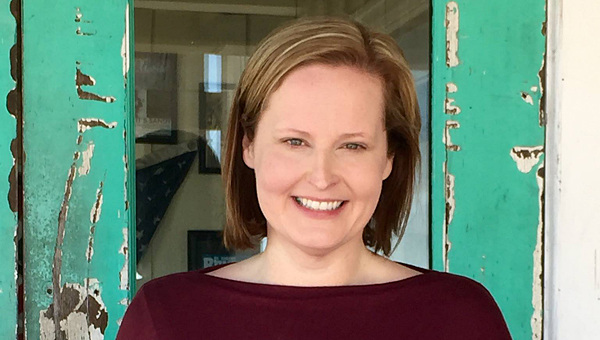 ALABASTER – Alabaster City Schools’ coordinator of student services has been named the top school social worker in the nation by the School Social Work Association of America, and will be honored at the organization’s national conference in Columbus, Ohio, in March.

The SSWAA notified ACS Student Services Coordinator Dorann Tanner she had won the award on Jan. 22, after she was nominated for the award in January 2017 by Dr. Kay Warfield with the Alabama Department of Education’s Prevention and Support Services department.

“Being considered by colleagues as worthy of the award is one of the highest honors that can be bestowed on a school social worker,” read the email sent to Tanner by SSWAA awards committee chairperson Brenda Coble Lindsey. “Thank you for your contributions to the field of school social work, which are highly valued by the School Social Work Association of America.”

The organization has been presenting the School Social Worker of the Year award since 2012, and Tanner is the first person from a southern state to win the award. She joins previous winners from Minnesota, Maryland, Illinois and Washington.

In her letter nominating Tanner, Warfield praised Tanner for helping to improve school social work across the state during her time in education.

“Mrs. Tanner has initiated and shared many best practices across the state, such as therapy dog projects, the role of school social workers as they collaborate, coordinate and communicate as part of the response to intervention team, impact on school attendance and discipline intervention and by reducing the number of students who drop out of school,” read Warfield’s letter. “Alabama ranked third in the nation for reducing school dropouts in 2012, and a major contribution was evident by the work of school social workers.”

“There is much to do as the quality of community living is improved, and Mrs. Dorann Tanner is a major player in this movement,” Warfield’s letter read.

Before coming to Alabaster City Schools in 2013 when the school system formed, Tanner worked with the Jefferson County Department of Human Resources from 2003-2004, the Developing Alabama Youth Foundation from 2004-2008 and Shelby County Schools from 2008-2013, among multiple other youth service-related duties.

Tanner will be honored for receiving the national award during the SSWAA’s national conference from March 14-17.

“We have seen our graduation rate soar to 97 percent in the Alabaster City School system thanks to the direct efforts of Mrs. Tanner,” read a nomination letter from ACS Superintendent Dr. Wayne Vickers. “Mrs. Tanner is an out-of-the-box thinker with a love for children. She is constantly thinking of ways to reach our at-risk students to encourage them to stay in school and to be successful. She is an excellent communicator with students, parents and school staff, and strives to be fair and helpful.”